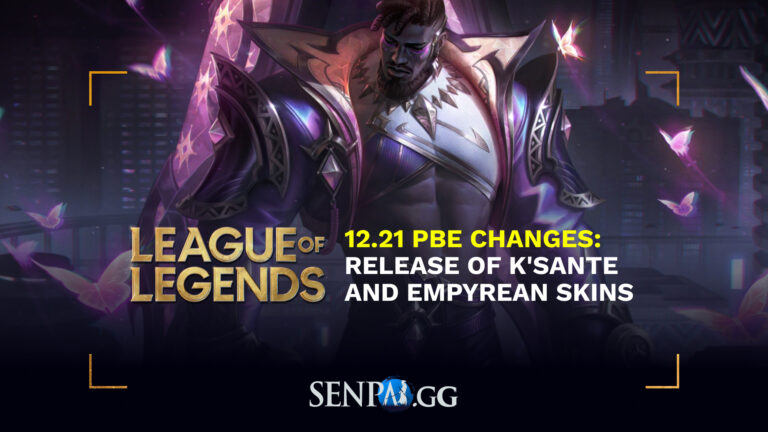 We are at the end line at least for Solo Q patches before Pre Season changes are rolling out, marking this the last patch before the Season ends. Check all of the PBE changes planned for the release of patch 12.21 on November 3rd. Release of the last champion K’sante, the Empyrean skin line, and planned Season 12 Rewards.

There are only a few weeks left before the season is over. Check our in-game assistant to have the latest runes, builds, and items from pro players to rise your level and hits your end of season goals.

Release of the last LoL champion for the year: K’sante in PBE 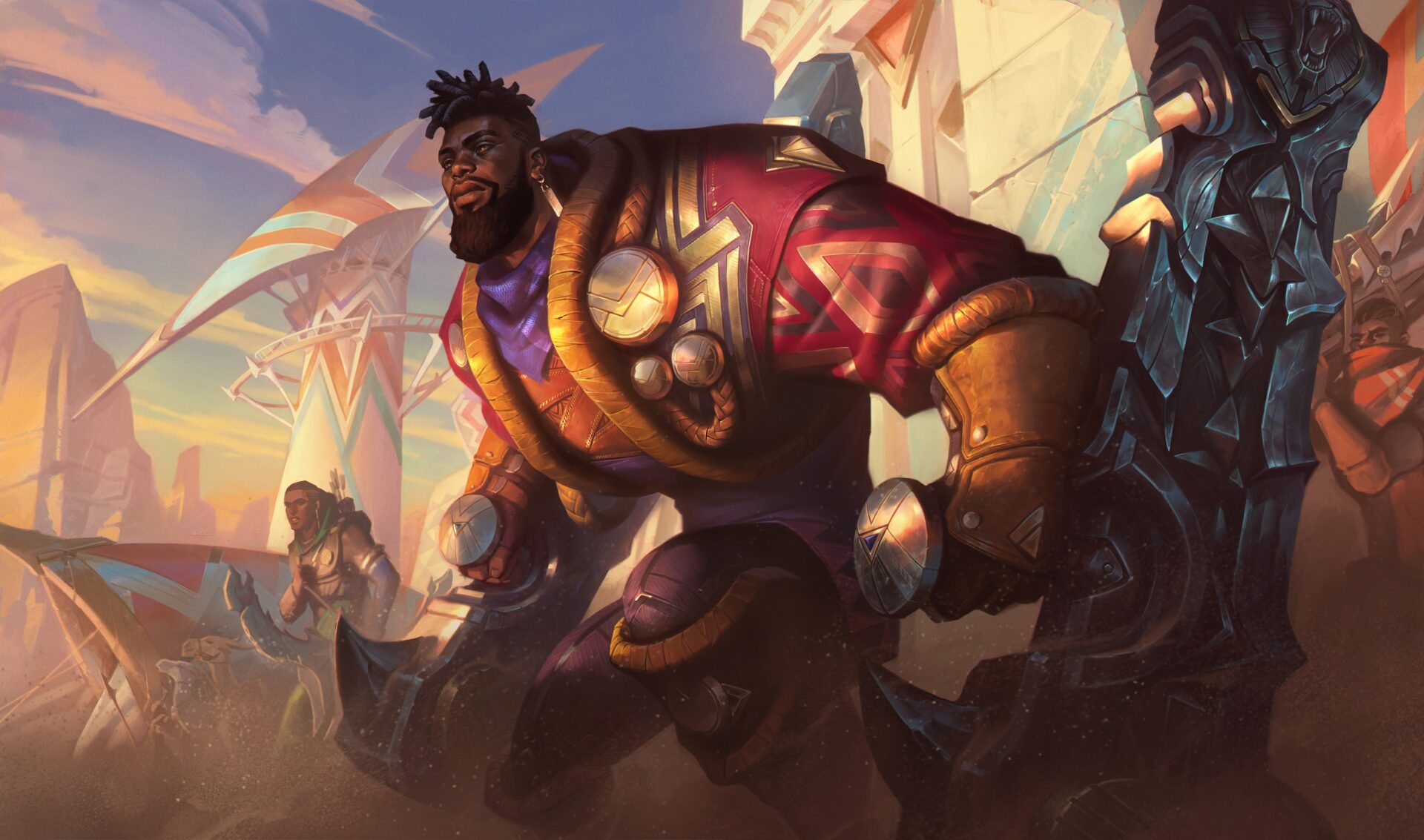 The Pride of Nazumah already hit the PBE live servers. Thus ending the release of new champions planned for 2022 (No Aurelion Sol till 2023).   This new tank will pack a lot of power and skill expression making him the first tank with a high skill ceiling.

This new champ planned to be the Yasuo of tanks is sure going to create a lot of interesting plays for the end of the season.

To learn more about him, his unique set, and planned skins for the new top lane, you can check this entry

The new skin line from League of Legends planned for patch 12,21 is the Empyrean Skins, based on a new universe never shown before, the Neon Strata.

Being Pyke the central figure of this skin line and the first one of the Foreglows. He’s a cosmic being seeking revenge jumping dimensions to seek his other selves and destroy them.

The tones for this skin line feature and use Neon bright colors that will remind you of Cyberpunk Edge runner if you watched the series.

Set in a Universe of chaos where the Foreglow’s power is cosmic, expect the 8 Empyrean champions to clash and look to restore order, from their own POV and desire, after all of their realms are lost.  The first Space cosmic beings overlords are as follows Jhin, K’sante, Vex, Zac, Lux, Jax, Zed and Pyke.

All of the prices for this skin line will be 1350 RP except of the Pyke one which will be legendary costing 1820 RP.  Also, it will feature a Prestige Skin in collaboration with Lil Nas X. 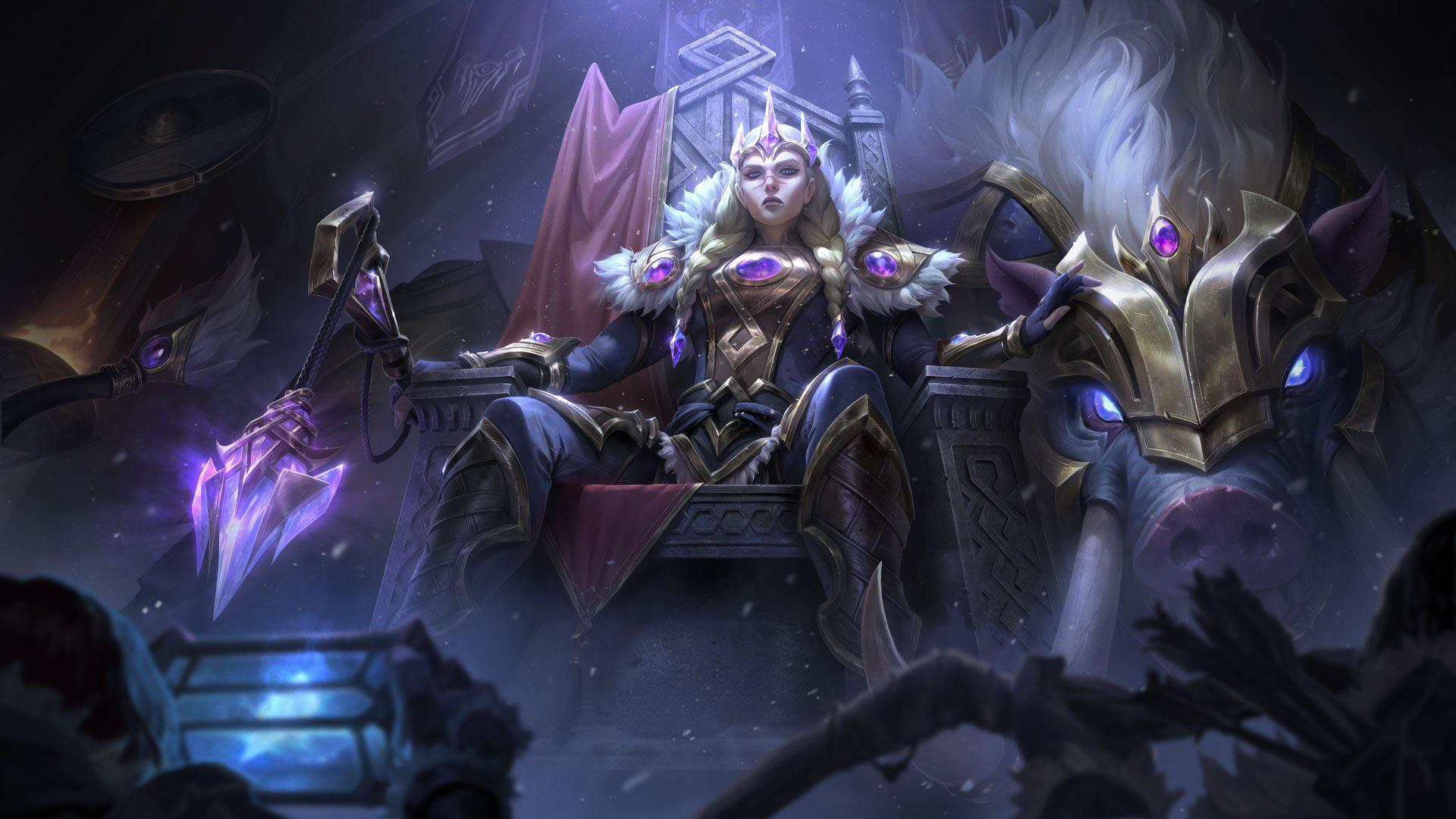 The Victorious Skin for this Season is from the boar mounting champion Sejuani. If you placed Gold or higher either in Solo/Duo, Flex you will receive the skin.

If you go higher from Gold you’ll earn a special chroma from each of the tiers you climb. For instance, if you got to Diamond, you’ll earn Platinum and Diamond Chroma Skins.

Furthermore, if you play both Solo/Duo and are above gold you’ll receive special chromas for Flex or Solo/Duo ranks.

Within 4 weeks of the season you will be able claim your Honor Rewards. If you end at Honor 5, you’ll obtain the special skin Three Honors Malzahar.

Season 12 is just wrapping up. And these are some of the changes before Pre season is rolling over to the live servers. Did something pick up your eye? The new Sejuani skin, or are you excited to play K’sante, the Pride of Nazumah?

Let us know what you liked more.