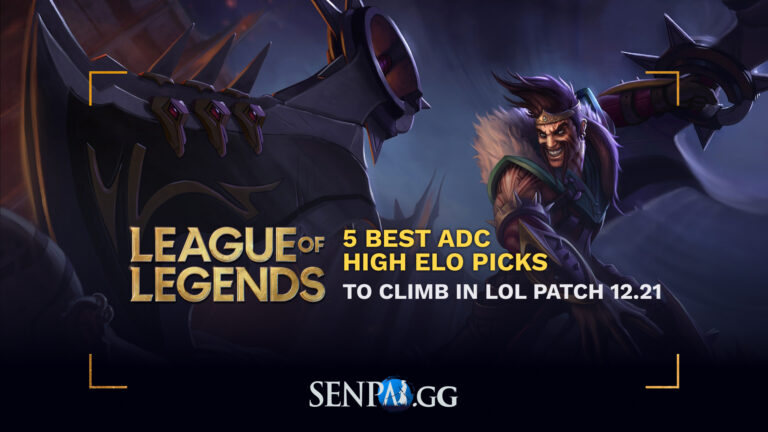 Hey summoners! This is the one, last change before pre season, really going to shake much of the Solo Q meta, besides Bel’Veth nerfs and Ahri buffs. In preparation for your last push of the season, we’re gonna give you the Five Best ADC for High Elo to Climb in LoL patch 12.21. 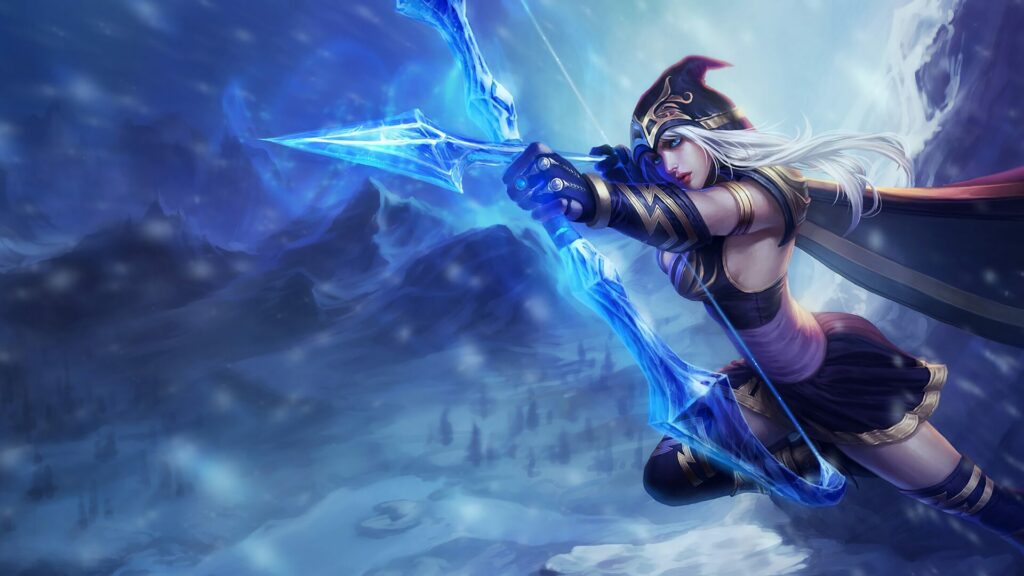 After changes in 12.18 on her Ranger’s Focus (Q) attack speed, the Frost archer has improved her position slowly, and now it has a 50.83% win rate in high elo.

As a champion, Ashe is not your hard carry 1v9, instead she is an all rounder reliable champ. Her safe range, W poke and slows makes her a pretty reliable blind pick, and thanks to her global ultimate you will have more impact in teamfights, and to pick people up. Nevertheless she still packs damage but not as big as the picks that follow this list.

If you like to carry games through sheer macro, and bring utility in the form of slows, engage, vision. Ashe may be your pick. 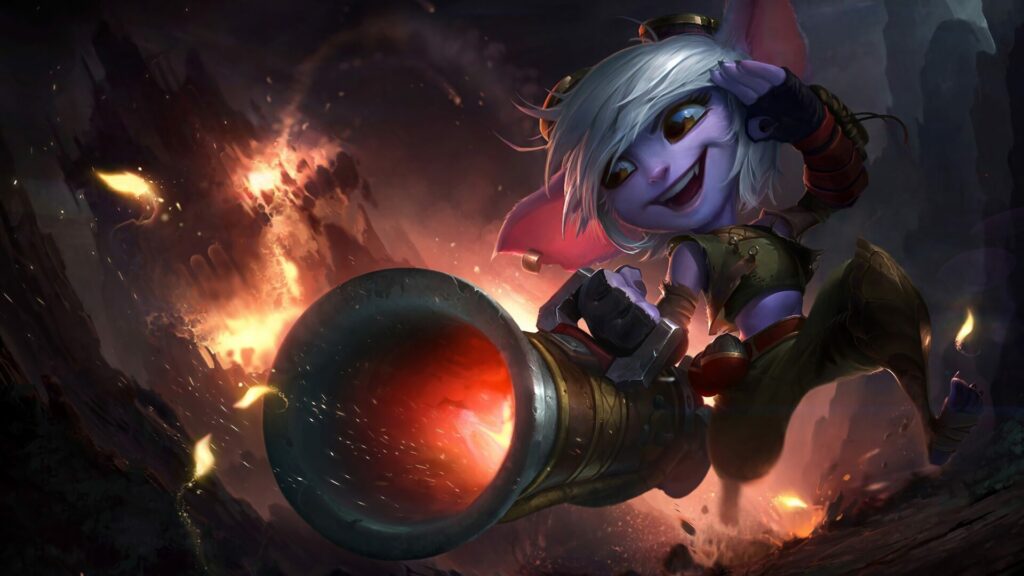 The tiny yordle is gaining more and more steam in all brackets of play. After nerfs on lethal tempo range, her matchup spread has improved significantly, moreover the return of strong engage supports in high elo gives her more chances to snowball. Right now she holds a 51.21% win rate in high elo, making it our 4th pick in adc to climb in LoL patch 12.21.

Tristana right now is one of the favorites for low elo and high elo players, her playmaking potential and mastery, rewards players that know how to get a kill and rocket jump away.

Her biggest drawbacks is that she can be abused on long range matchups and struggles against picks like Draven, who outranges her and slowly pokes with AAs in lane.

But if you manage to have good support that enables your playmaking, this little yordle can snowball pretty hard, and take over games by herself.

Note: one thing that’s helping her too is that more players started to run ignite as her secondary summoner spell  and played her like an ADC assassin, but still there’s not much data that support this claim. 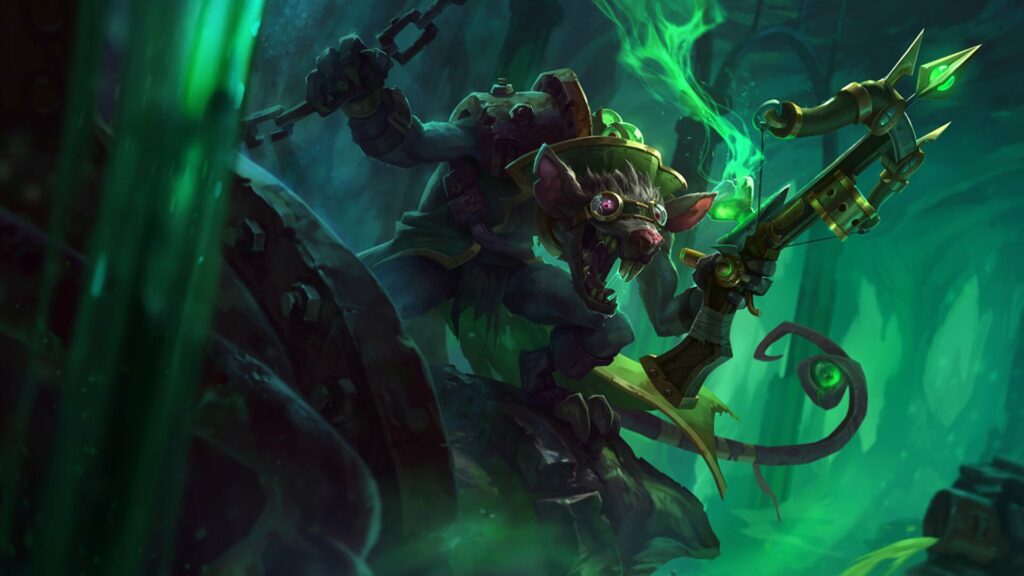 Despite not having the stronger laning, Twitch is having great success in high elo games now holding a respectable 52.03%. The Plague Rat sneaky style of gameplay is perfect for uncontrolled environments like Solo Que. Even more when running summoners like Flash+Ghost that enhances even more your roaming potential.

The reason why he’s getting more success may be his magic damage buffs on both his W and R, make him a little more potent in laning and when going hybrid builds. But his main strength relies in that he’s not your usual adc.

Twitch game play focuses on getting plays done in the map, taking advantage of his Ambush (Q) to take people by surprise. And although he still lacks effective ways to deal with CC, because of how Solo Que works it gives the Plague Rat an opportunity to shine and 1v9 with a good Spray and Pray. 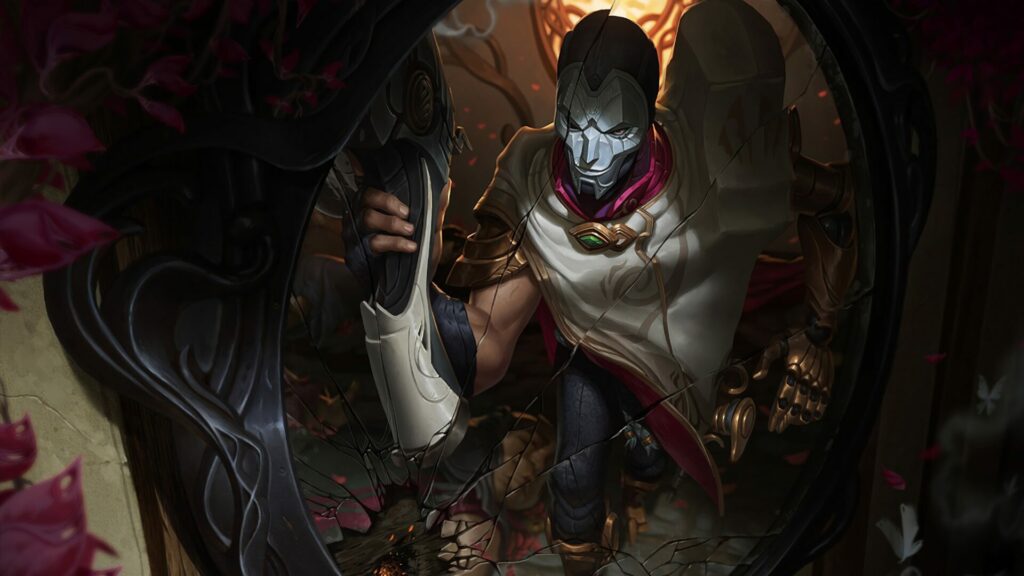 The Virtuoso is back to OP status, at least in high elo where he holds a huge  53.71% win rate. Jhin has not received any buff, but the nerf of Lethal tempo alongside MF nerfs, led to his return into the spotlight.

His single burst damage along with mobility thanks to its passive makes him perfect for Solo Que.  The sheer utility of his W en E makes him a really good standalone ADC that really doesn’t need much help from his support. Has great range, good laning and good matchups against everyone.

What he only lacks is the ability to snowball like the last pick of the patch, and he also doesn’t have the best late game compared to hyper scalers like Tristana or Twitch. Suffers dealing with tanks, lacks DPS, more a burst ADC that once is ahead, one shots everyone. 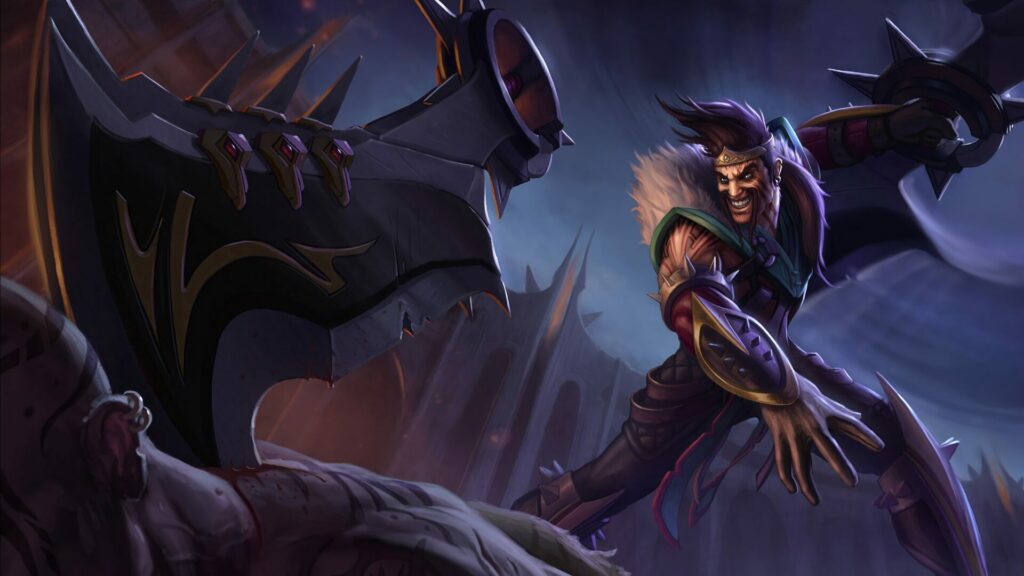 The most dominant pick in this list and with higher winrate percentage, 54,96%, belongs to the Draven. The Glorious Executioner has more success the better he’s piloted, so it’s no surprise he has way more success in higher elo of play. Thus making it the best pick to climb as an ADC in LoL patch 12.21.

Why is it like that? Well, because Draven snowballs hard, if he plays well. That’s due to how his passive League of Draven works, he stacks adoration by killing minions, catching his axes, destroying turrets, etc. And when he kills an enemy champion he cashes his Adoration stacks and gets a lot of gold, the issue is that you need to perfect him to take advantage of this consistently, and teamfighting catching axes is by no means easy.

And with that comes his biggest drawback, if you are able to pilot him effectively you are going to snowball like crazy with his passive, even more if you run Treasure hunter in your runes. The issue is that if you don’t get those pickups, he kind of falls off pretty hard, and doesn’t scale as hard as picks like Kai’Sa for instance.

So, if you are already a Draven player, pick him up again. Eclipse nerfs doesn’t hurt as badly, just buy Dirk and then go for Essence reaver, also pair him up with snowbally supports like Blitzcrank, Amumu, or even Thresh. Playing those lanes will give you more chances of success.

And that marks up our last (before Preseason) 5 best ADC for High Elo in patch 12.21. Upcoming changes will drastically change the meta, probably, with all the new items, jungle changes and top exp. So, if you are playing Preseason, wait out for a little before looking at lists. It may take a while.