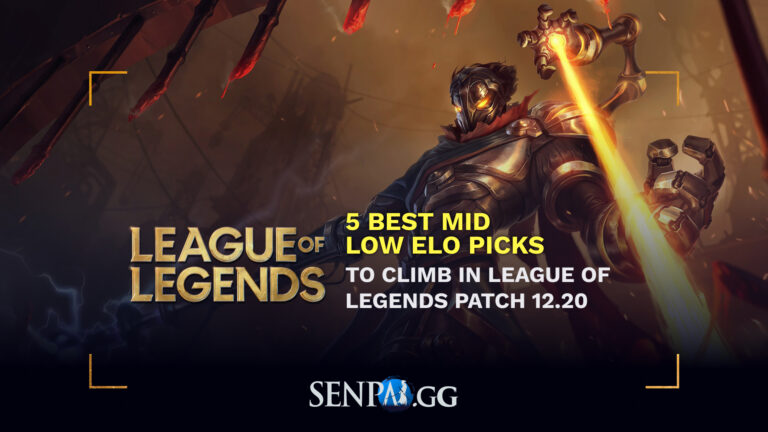 Hey summoners! Season is wrapping up and last changes for 12.21 aren’t  really going to the Solo Q meta, besides Bel’Veth nerfs and Ahri buffs, and in preparation for your last push of the season we’re gonna give you the Five Best Mid for Low Elo to Climb in LoL. 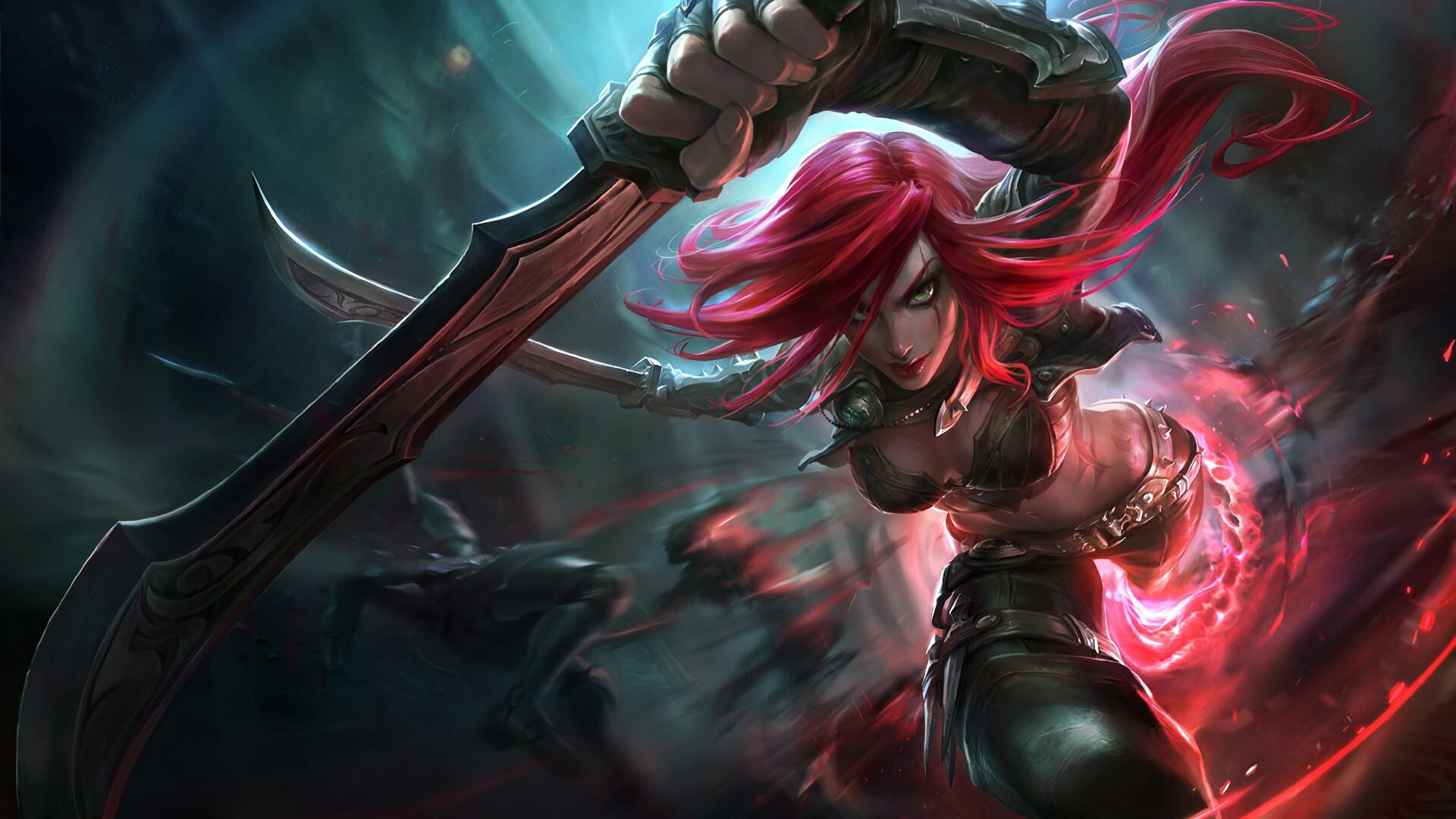 The Sinister blade snowballs hard. She’s the definition of feast or famine, either your rack up pentakills and 1v9, or you probably are useless throughout the entirety of the game. That’s why she’s our fifth pick of the top.

Although she doesn’t have a huge win rate, only 50.31%, this reset assasin when mastered takes over games.

When playing Katarina you need to be safe early in the game, farm up and trade when you can using your Bouncing Blade (Q). Katarina’s main strength is to look for skirmishes, she excels at playing chaotic fights where kills let her use fully the reset mechanics of her Voracity passive.

Katarina by no means is an easy champion like other champs at the top. At the beginning you won’t probably win as many games, but after you learn her resets and setups, the snowball capacity is going to net you many wins and fast.

When the season it’s ending you need quick games to get the most amount of LP. Follow our recommended Katarina build 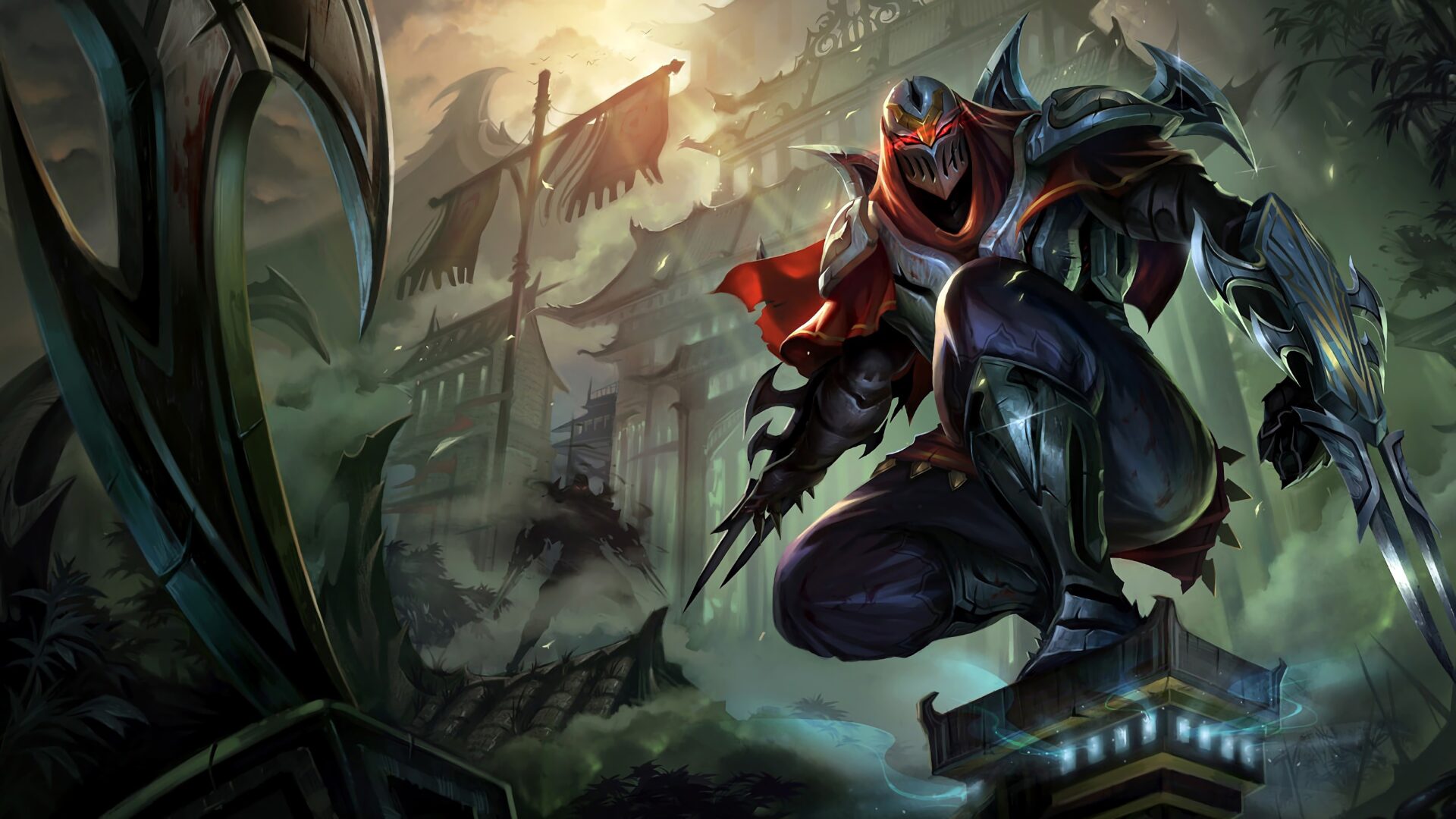 The Master of Shadows still is the terror in mid lane. Even if he’s on the 4th spot, he’s actually our recommended pick of this list.

This is due to how reliable his gameplay is right now. He can poke with Living Shadow (W) and Razor Shuriken (Q), and after six he has a powerful all in with his Death Mark (R). And after Eclipse nerfs, he doesn’t seem to slow down.

For many patches he’s the sole AD assassin in the mid lane, and even if there’s counterplay, apparently it doesn’t matter for this champion because of how broken he’s right now.

To play him properly you should need to learn the combos. Also, learning how to use shadows is a skill to master.  A good Zed will confuse you with his shadow usage and make you lose your mind.

Unlike Katarina that needs the ball rolling, a good methodical Zed can still carry games from many positions, and have much stronger laning. This is our recommended Zed build. 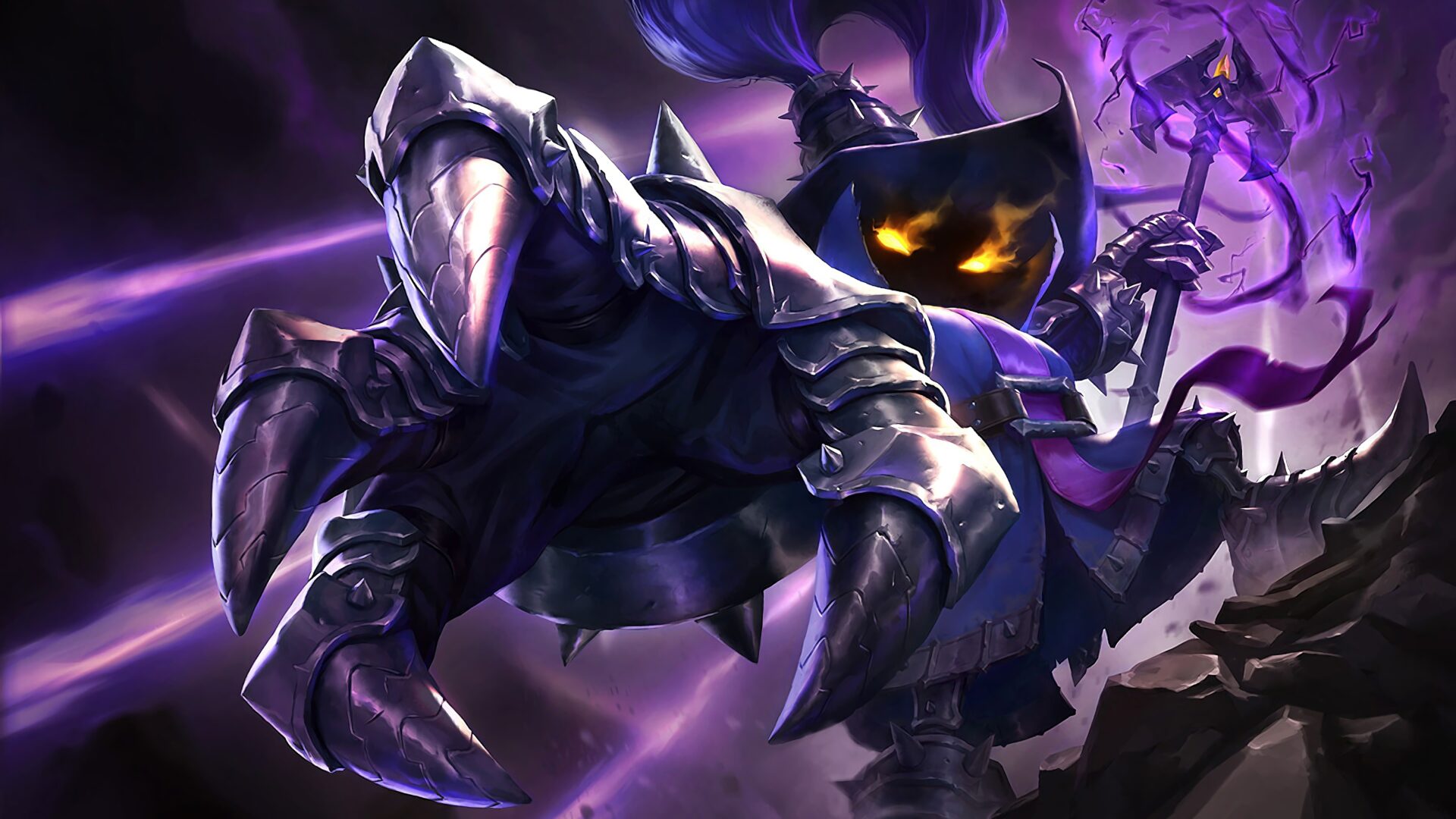 The Tiny Master of Evil is here on the 3th pick, and for the end of Season when you don’t have much time to learn champions, he may be your best bet.

The huge control zone from his Event Horizon (E) makes him great for playing team fights.

Moreover, his infinite scaling with Phenomenal Evil Power (passive), and strong burst with his Primordial (ultimate) makes him simple but effective

The cons of this champions is that he’s immobile. Doens’t have much ways to deal with strong assassins in the meta like Zed or Fizz, so choose him carefully.

Despite that, his simple gameplay, and with building him items like Everfrost, he’s a really strong pick for this end of the season

This is our recommended Veigar build 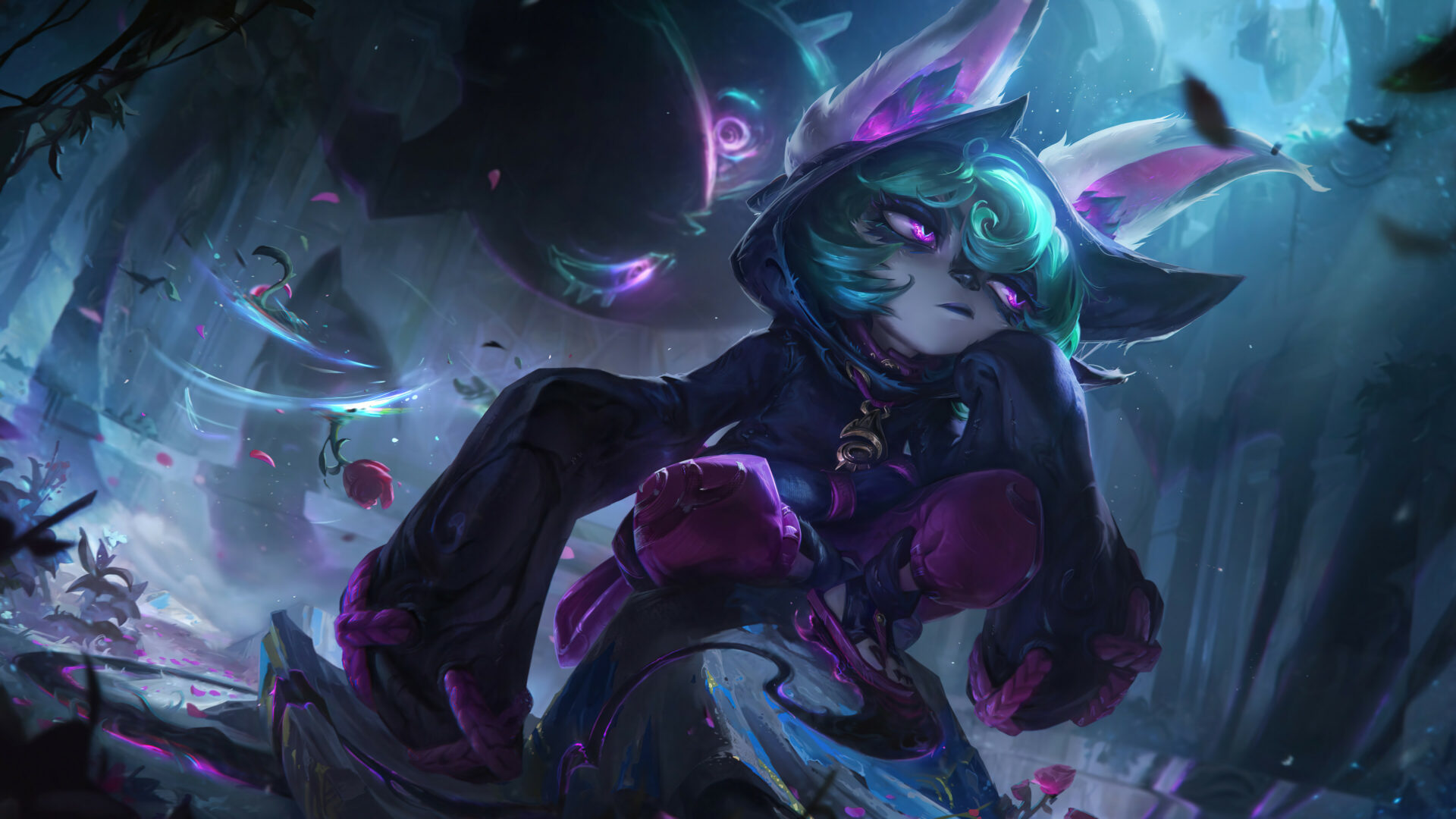 She’s been a dominant pick for many patches and along with Veigar, having simple plays she may be the best champion to learn quickly and win. She’s not number one because our first pick, although that not easy to play has way too much laning power and late game insurance to put her first.

But bare with us, the Gloomist is great, and unlike Veigar that suffers against assassins. Vex kit allows her to deal with this champions due to her Doom ‘n Gloom passive that hinders dashes, even rewarding her with cooldowns and damage.

Besides her safe laning, she has pop off moments with Shadow Surge having capacity to reset after takedowns, while also engage from great distances. When Riot make this simple champions they really hit the nail in balance of a great kit that is simple to play.

We strongly recommend picking up Vex, especially if you struggle with more mechanic intensive champion, and want a quick, safe and fun champion to climb the ladder in this last weeks,

This is our recommended Vex Build 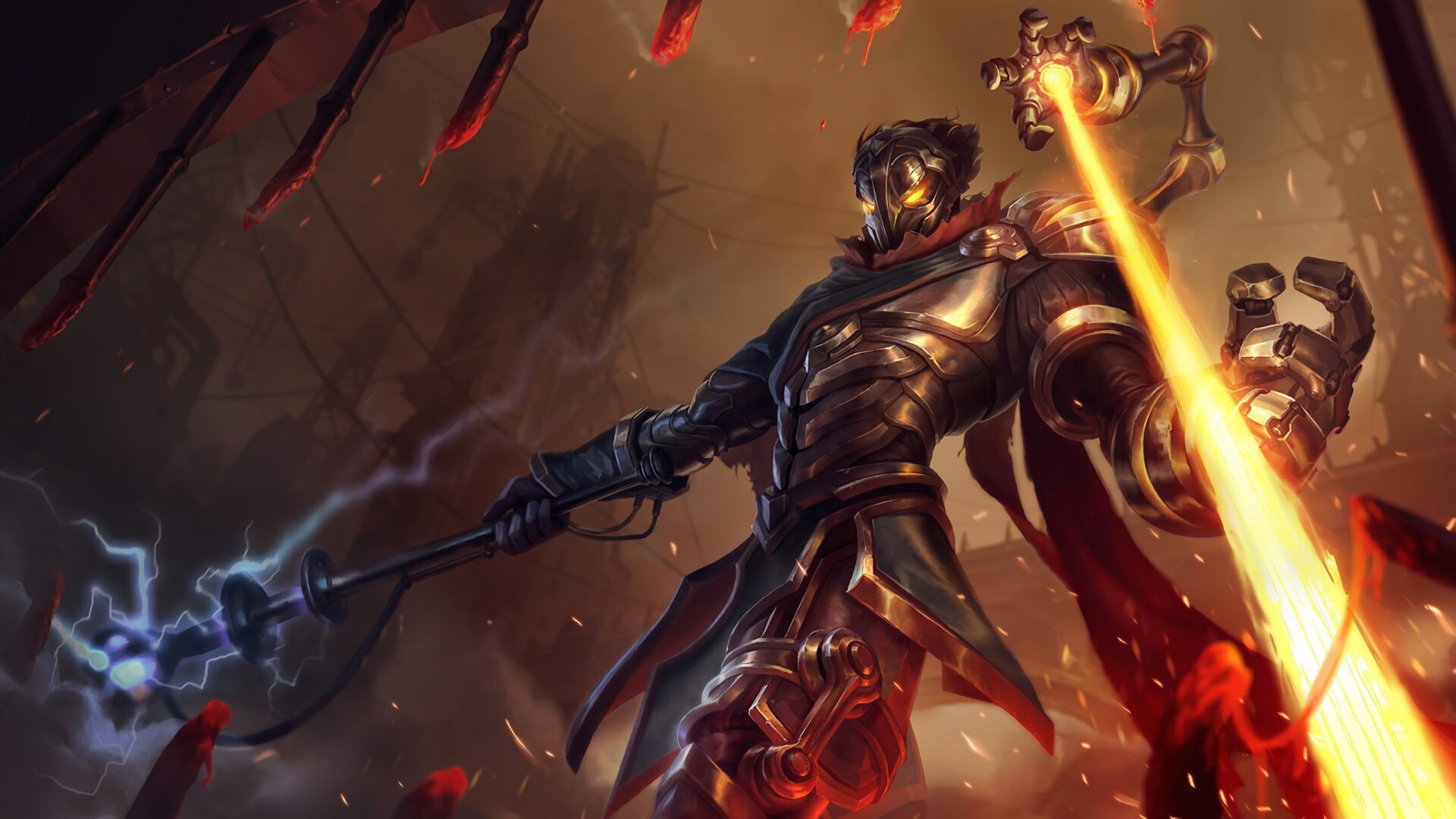 Last but not least, the first pick of this is none other than the Machine Herald. Right now, Viktor is so strong that he will win almost any lane, and your enemy can’t do anything about it.

His kit is great in this meta, his Gravity Field (W) allows him to peel for himself or control areas in corridors, and even setup plays after huge ultimates like the Amumu one.

He has anything you’ll want for a mid lane. Strong push, poke, CC and safety. His skirmish isn’t as great but that can be ignored taking into account how potent is the laning. So, if you see mid laners roaming to your lane away off Viktor, the reason most likely is that they got destroyed.

For Viktor, we recommend this build. But always remind, he need some practice game so don’t get down if you lose a couple, he will gladly reward you after you learn him.

This makes the end of our Five Best Mid Low Elo picks to climb elo in League of Legends. If you are more into assassin we recommend you either pick up Zed or Katarina.

If you like control mages or more classic mid lane champions, we strongly recommend to pick either Vex or Viktor.

Hope this list is useful for you, and lastly, wish you  good luck in your last weeks of Season 12.