Beginners Guide to Duelist in Valorant 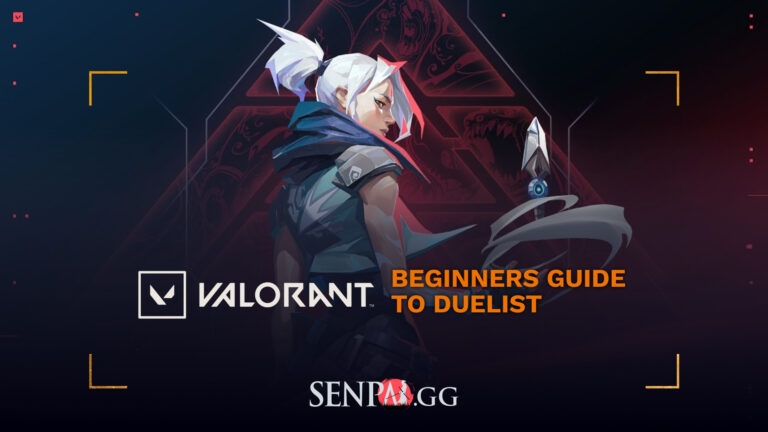 Welcome to the Beginners guide to Duelist.

In this detailed guide, we will be learning entirely about Duelist, one of the FOUR Agent roles in Valorant.

If you are new to the game and are wondering what a duelist is, what is a duelist’s role and how to play this role? Keep reading to find out.

Beginners Guide to Duelist in Valorant

What is a duelist in Valorant

Duelists are one among the four roles of Agents in Valorant. Duelists have the ability to be the first to enter the bomb site and engage with the enemies.

The Signature ability of the Duelists recharges with every two kills, unlike other Agents who have a specific cooldown.

Duelists are self-sufficient fraggers who their team expects, through abilities and skills, to get high frags and seek out engagements first.
— Official Duelist Description

What is the role of a Duelist in Valorant?

As mentioned above, Duelists are self-sufficient fraggers who can engage with the enemies first with their skills and abilities to get a pick on them. Duelists should enter the site first and seek out engagements.

Duelists should usually be the ones with the highest amount of first-bloods and frags because their role demands it.

The abilities of a duelist, for example, Yoru’s Blindside or Reyna’s Leer, allow you to engage the enemies, get a kill and quickly get back to safety with Gatecrash or Dismiss.

Abilities like Jett’s Tailwind allow you to play aggressively, engage the enemies and get back to safety.

Duelists should be confident enough with their aiming abilities, which helps them engage the enemies first, enter the bomb site and clear it for the rest of the team.

You aim to enter the bomb site during the Attacking Stage and plant the Spike. You must defend the Spike until the time runs out, or the entire enemy team is eliminated.

As a Duelist, you must be the first person to peek and engage with the enemies. Use your skills and abilities to get a kill and keep moving towards the bomb sites.

The Initiators will assist you in entering and clearing the hiding spots of the enemies; you are expected to get frags and help your team enter the bomb site.

Once your team successfully plants the Spike, your job is to defend it until the time runs out, causing it to explode or eliminate the remaining players of the enemy team.

Playing aggressively after the Spike is planted is not recommended because you will have an advantage over the enemy team. Hold cross-fire angles with your teammates to stop the enemies from entering the bomb site.

If your team has a number advantage, you can play aggressively to catch the enemies off-guard, getting a frag or two and winning the round.

As Defender, your team’s objective is to stop the enemies from entering the bomb site. You can use various abilities like Smokes, Slow, and Mollies to stop enemies.

If the enemies manage to enter the site and plant their Spike, you must defuse the Spike to win the round.

During this stage, you must get frags and also stay alive the entire round. The Duelist should help the team re-take the bomb site once the enemies have captured it.

Re-taking is when you take back control of a bomb site captured by the enemies.

This scenario could be similar to Attacking the bomb site, and Duelists must perform the re-take.

As a defender, it is recommended for a Duelist to use an Operator, especially on an Agent like Jett and Reyna. The Operator helps you hold angles better and give you the advantage.

This brings us to the end of our Beginner’s Guide to Duelist.