Beginners guide to Initiator in Valorant 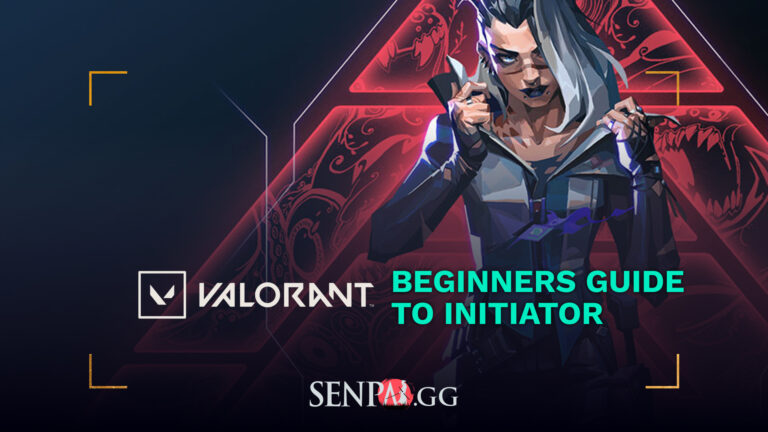 Welcome to the Beginners guide to Initiator in Valorant.

If you want to learn about Initiators, their role in the game and how to play this role, keep reading.

What is an initiator in Valorant

Initiators are one among the four roles of Agents in Valorant. Their abilities allow them to initiate an attack on the site and flush the enemies from their hiding spots while assisting the team in the battle.

Currently, five Agents in Valorant come under the initiator role.

Initiators challenge angles by setting up their team to enter contested ground and push defenders away.

What is the role of an Initiator in Valorant?

From the definition of an Initiator, we can understand that Initiators are agents whose abilities allow them to help their team enter the bombsite and flush out the enemies.

The abilities of an Initiator are focused on assisting the teammates, clearing the hidden spots and locating the position of the enemies.

For example, Sova’s Owl drone and Skye’s Trailblazer have similar purposes; use these abilities before rushing into the site to locate the enemies’ position.

Initiators are equipped with abilities that can blind, concuss and slow down enemies, use these abilities and assist your duelists in getting kills and your teammates to enter the bomb site.

You aim to enter the bomb site during the Attacking Stage and plant the Spike. You must defend the Spike until the time runs out or the enemy team is eliminated.

As an Initiator, it is essential that you spend the credits on your utility. Use these abilities to get kills on the enemies and enter the bomb site.

An Initiator needs to maintain comms with the teammates. Communicate with your teammates using abilities like Owl Drone or Trailblazer to inform your team about the enemies’ location.

Once you have entered the bombsite and planted the Spike, your job is to defend the Spike until it explodes.

Communicate and play along with your team and hold the cross-fire angles; use your utility to catch the enemies off guard and get a kill on them.

As Defender, your team’s objective is to stop the enemies from entering the bomb site.

Use abilities like Sova’s recon dart or KaYo’s zero/point to locate the enemies. This information will assist your teammates in defending the bomb site.

This information will also help your teammates to decide to either stay on their site or rotate to a different bombsite.

If the enemies manage to enter the site and plant their Spike, you must defuse the Spike to win the round.

Assist your teammates in retaking the bomb site. Retaking is when you take back control of a bomb site captured by the enemies. Initiators like Breach and Fade have an advantage in a retake.

Take full advantage of weapons like Odin and Ares while playing Sova or Fade; these weapons prove deadly during the defending stage.

This brings us to the end of our Beginner’s Guide to Initiator.