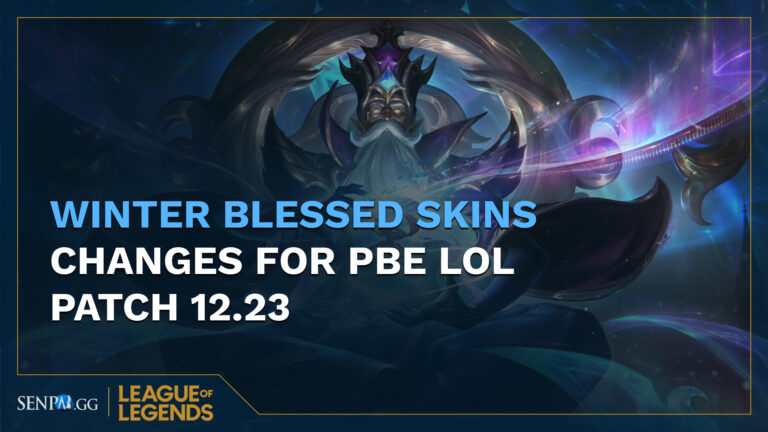 Preseason is already on the rift since patch 12.22, and while all of the changes are still settling up in the playerbase, there are already many changes planned for PBE LoL Patch 12.23.

In this SenpAI entry, we’re gonna give you a rundown of all this changes planned to hit the live servers on 12.23. (Spoiler: ARAM will have a Hexgate and Zeri is finally getting some buffs)

To start off this row of champions changes we start off with the Spark of Zaun.

Despite having a dominant season for many patches in competitive. after her nerfs in patch 12.16 Zeri has been one of the worst performing champions in the game, even going to depths of 42% Win Rate (The worst WR of any champion)

In a effort to bring her back to the game, the balance team are making changes to give her a spark (Had to do it) back in the game.

Amidst Preseason and TFT Set 8 on PBE, it's a perfect time for me to slip in some SMALL Zeri changes while no one is looking. These are coming to PBE today! More details in thread pic.twitter.com/dMKkd7Ufbg

These changes are big, the nerf to W and change towards AD may stop her toxic AP build, the Q range being less makes her more weak at longer ranges, something that should be from the beginning taking into account the mobility give by E. These buffs are going to mark for sure the return of Zeri, whether she be broken or underwhelming needs to be seen when changes are live.

Dr. Mundo players are receiving some love, but mostly for the jungle role. These changes were teased a few days ago by Riot Pehrek, aimed towards improving his jungle especially the damage on his Blueforce Trauma (E), and increasing his AD scaling to max health, something pretty good considering the new FOTM item Heartsteel.

But don’t get you hopes too high, the loss of extra AD from Maximum Dosage (R) may hurt his dueling potential, something that he has struggled specially against Fiora in the top lane. Although the new healing numbers look great for teamfighting.

Hey, y'all! @Damascus_Glenn made some new Dr. Mundo changes which should be on the PBE soon.
We are primarily changing how his W works and have also tweaked his other abilities. Aiming to make him more viable in the jungle! 🪚🩹 pic.twitter.com/UBqIB66CEk

Quality Of Life changes for Kassadin 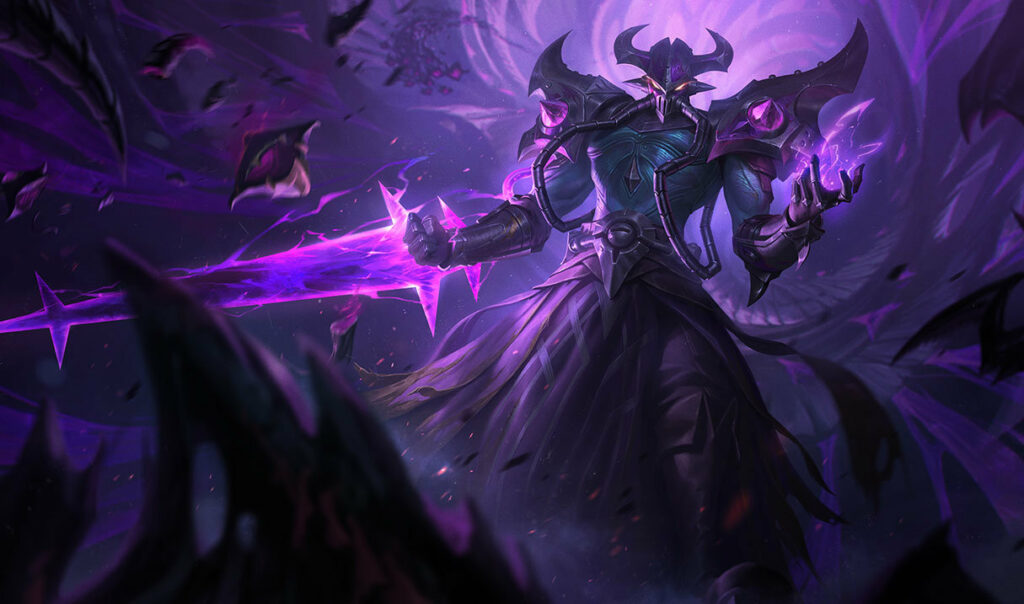 After the addition of Rod of Age in patch 12.22 you probably thought that Kassadin would have a great time, but thats far from the truth. The Void Walker winrate is below 50% despite having a pick rate of 7%, so to make this antimage more viable they have stored a few changes for the next patch to make him feel better.

Working with @MaxwellPerlman on some nice QOL Kassadin changes I am pretty excited for. We are planning for 12.23 but things can always change. pic.twitter.com/S0zLFs4vqU 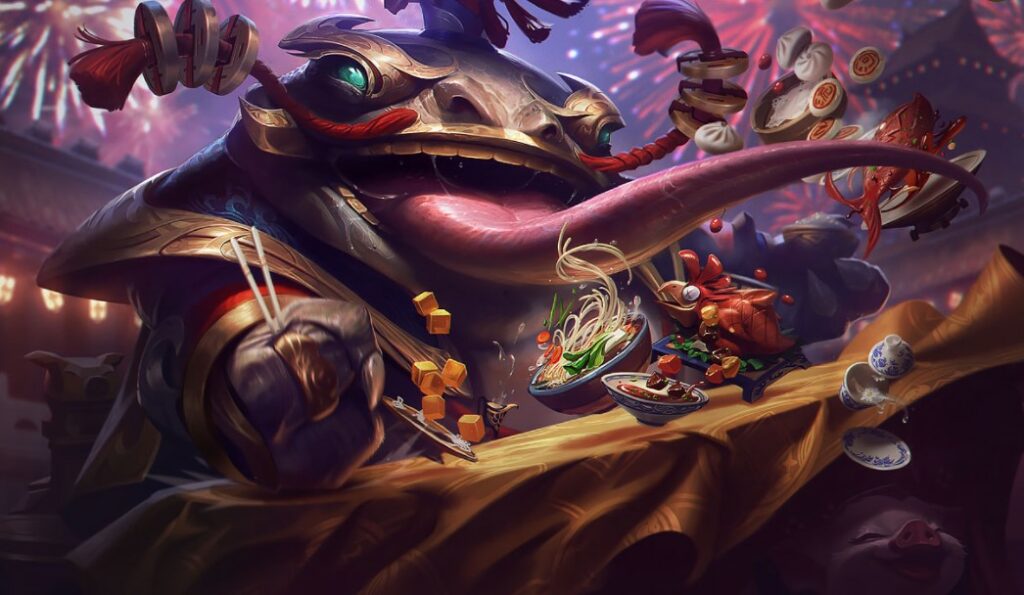 Apparently this is a thing, and balance team wants to embrace it. (Hope I don’t see it in my Solo Q games)

Shield now decays by 200 per second instead of lasting 2.5 seconds

Winterblessed 2022 Skin Line for this Holidays

By the light of the Aurora, winter has come! New Winterblessed Skins are unwrapping on the PBE:

Champions that will have a Winterblessed skin ❄️

“Winter comes to Runeterra! With the first snow of the year, Polaris must choose whether to bless or burden the realm. Will good deeds or greed win the day?”

“Winter’s blessings upon you all! Grab your friends and gather ’round—more Winterblessed skins are coming to celebrate the season!”

​Brand New Skin Universe based on Winter Tales and Legends

/r/LeaguePbe subreddit has an on going suggestion page for this skin. Feel free to check it out 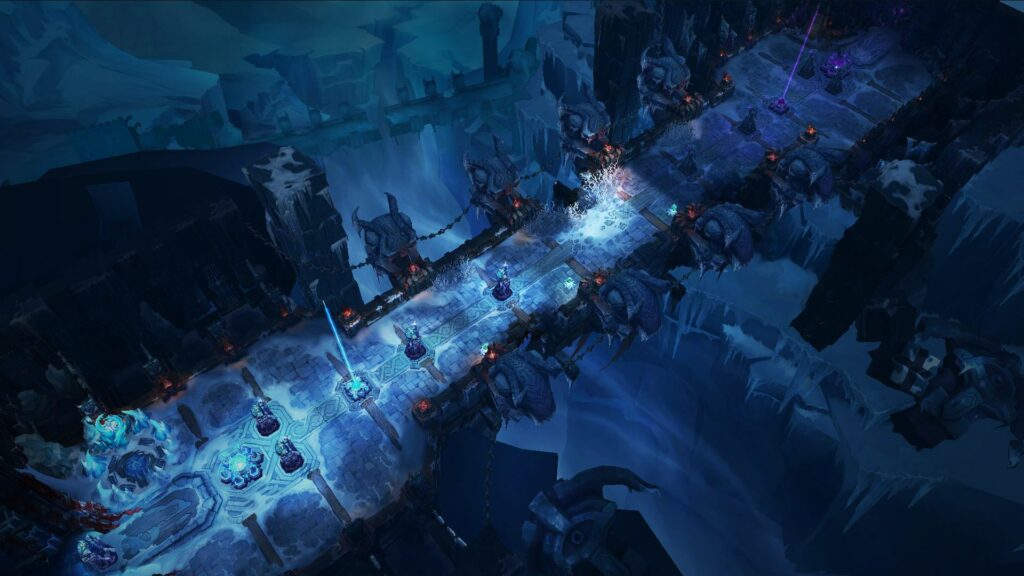 New ARAM changes look neat for the gameplay, although don’t know how they will affect the ARAM Clash tournament dated for December 7th. These changes are going to give a breath of fresh air for the second most popular game mode in LoL, and hopefully make it more exciting for Summoner Rift boomers.

Youtuber Vandiril already do some testing in the new ARAM map and they seem pretty interesting.

After a lot of the hype for Rell, back when she was announced, the Iron Maiden hasn’t actually met much of the expectation, and even feeling very clunky to play.

Don’t misunderstand me, by no means she’s a bad champion, at the contrary, in higher elo she sees much success, but, her popularity among average fanbase is very low, so  these changes are a promising look for the Iron Maiden.

Where’s Jax? Well, his changes seem to be smaller, just focused on the feeling of his ult.

We now have midscope updates in flight for Jax and Rell! I'm helping get Jax out the door w/@ExasperatedDan and @RiotRaptorr is working on Rell! No release dates to share yet. Will keep you updated.

Also, we haven't forgotten about Neeko. She'll be ready early next year. pic.twitter.com/LDK6XBlKrn

Hope you are excited for new upcoming changes and ones teased for the next year to come. There is plenty to enjoy these last days of the year, especially for those that love christmas with the Winterblessed skins.

Wish you a good luck for your Preseason Solo Que Games, or in the upcoming ARAM Clash Tournament.

See you in next PBE rundown.