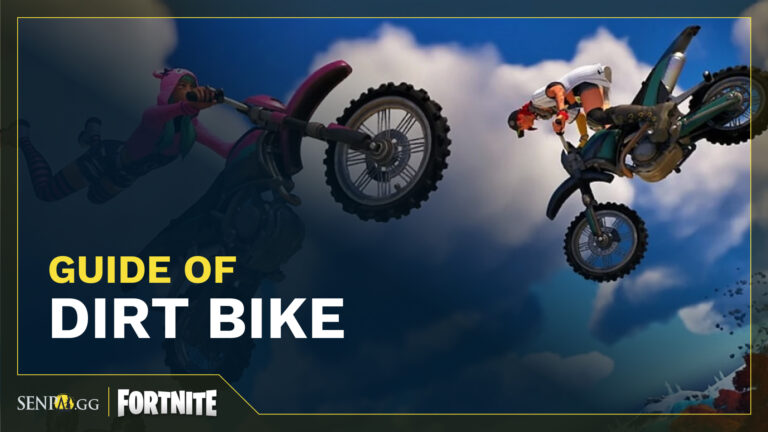 Those who play Fortnite can rejoice since the first season’s fourth chapter now features the annual Winterfest event. This annual event is back, bringing a fresh set of objectives for gamers to accomplish.

The challenges are manageable, though some will take more time than others. Landing feats on a dirt bike can prove challenging for gamers. It’s not enough to locate a dirt bike in Fortnite; players must rack up 150,000 Trick Points while riding it.

A quick rundown of where to look for dirt bike feats and how to perform them might help you complete this task more quickly in Fortnite.

Where To Find A Dirt Bike In Fortnite 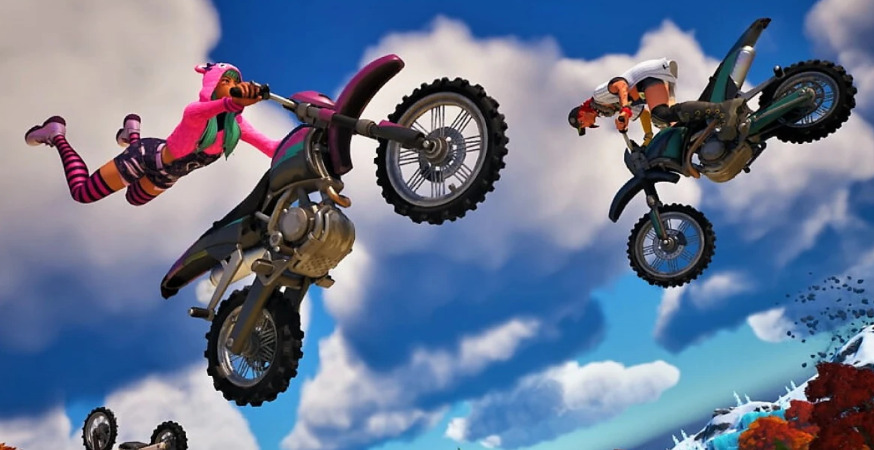 If you go to a specific place in Fortnite, chances are good that you’ll find a Dirt Bike there. Even major thoroughfares may conceal dirt bikes, but you will only know for sure if you do some sleuthing. Look around ramps at the top of research station sites for a high concentration of Dirt Bikes in the winter/snow biome. Some more fantastic spots to look at include Faulty Splits and the nearby surroundings.

Landing Tricks on A Dirt Bike In Fortnite

Chapter Four of the first season’s map features a variety of vehicles, including dirt bikes, which is convenient for players. Most of the attractions and other notable landmarks on the map will have them. Visit Fortnite.GG if you’re curious about their potential spawn locations.

This website provides a map that can be interacted with and lets you restrict where spawn points for specific things are here. You can easily find dirt bikes by selecting them from the “spawn” menu and looking for them.

Breakwater Bay, Faulty Splits, and Frenzy Fields are where you’ll find the greatest concentration of dirt bikes. You can try your luck at those spots if you’re looking for a bike.

To start executing tricks on a dirt bike, you first need to locate one. Finding an open area with hills to launch yourself off of is ideal. It would help if you discovered a spot where you won’t get adversaries who can shoot at you and possibly destroy your dirt bike.

The ice lake is a great place to land some tricks because it’s not too crowded and has excellent conditions. Chapter Four, Season One’s map may be found west of Brutal Bastion, in the cold southern half of the map.

If you want to land any tricks, you must build up some bike speed and jump off a hill or mountain. Once in the air, you can perform a variety of schemes with the bike to rack up the points. However, the easiest way to rack points is to perform a backflip. It’s as simple as turning the bike around while you’re in the air. You’ll rack up massive bonus points if you can pull off the flip before touching down.

While in flight, you can also experiment with other button configurations. You may have your character perform a variety of tricks by pressing different buttons, and each one is worth a certain number of Trick Points. If done correctly, you can rack up 150,000 Trick Points simultaneously.

How Do You Quickly Rack Up Trick Points On A Dirt Bike In Fortnite? 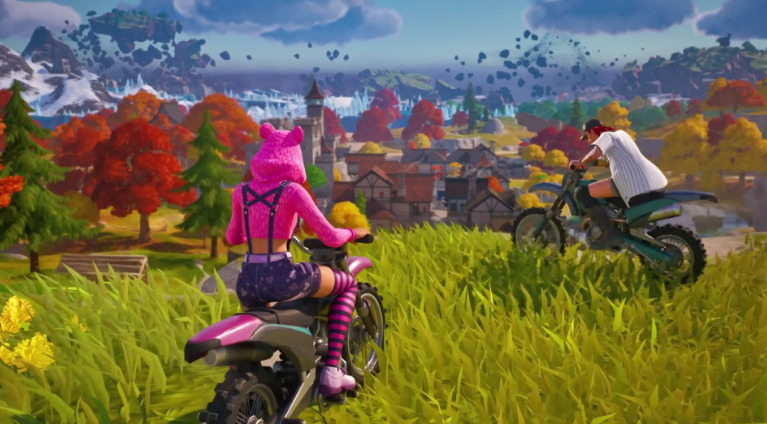