How to play Chamber | Chamber Changes 5.12 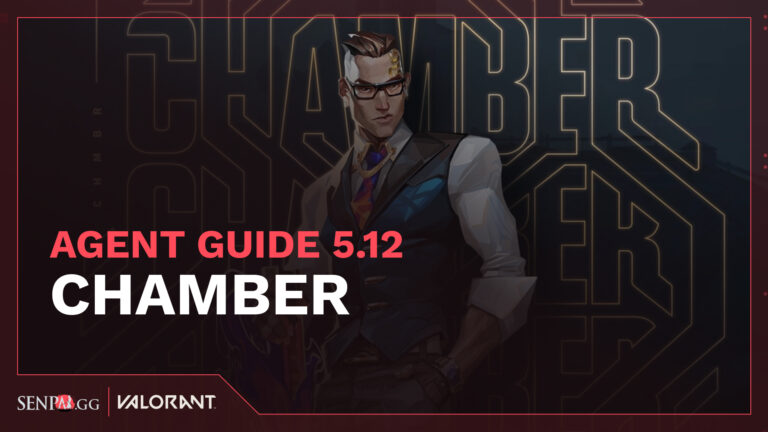 Chamber received a few nerfs in patch 5.03, but this did not stop the agent from dominating the ranked matches. There were no significant changes in his pick rate. Riot Games made a few more changes to Chamber, which should balance him, as his current mechanics were shaping the play space in an unhealthy way.

Spread increased after the 2nd bullet when spamming. This means you can no longer perform precision body-shot spam by firing fast.

You will now have to focus more on precision than spam. Headhunter’s “body-shot spam” is no longer an effective combat measure.

This ability has received quite a few changes. Chamber now holds only one single anchor rather than two.

The radius of the anchor has been increased from 7.5 meters to 13 meters. Place the single anchor and stay within its radius to teleport.

As long as you are within the radius, you can now teleport to the anchor even if you are on a different verticality.

Destroying the anchor will disable it for the entire remaining round rather than being placed on a cooldown, so place your ability wisely.

Trademark is now similar to Killjoy’s alarm bot. There is now a range restriction on the trap.

The trap will be disabled if Chamber moves out of range and will reactivate once he is back inside.
You can now recall Trademark in the middle of a round. Recalling the trap does not require line of sight. You can recall the trap from anywhere on the map.

Recalling the trap will place it on a 30-second cooldown. The destruction of the trap is permanent.

A few more changes have been made to Trademark’s “initial arm time” and its health.

Health Increased from 1 to 20

Fire rate decreased by 57.5%. The fire rate is now similar to that of the standard operator.

The slow duration decreased from 6 seconds to 4 seconds.

We believe Chamber is still a good agent after the nerf. The way you play Chamber will change. However, he will still have a really good impact on the games.

How to play the new Chamber