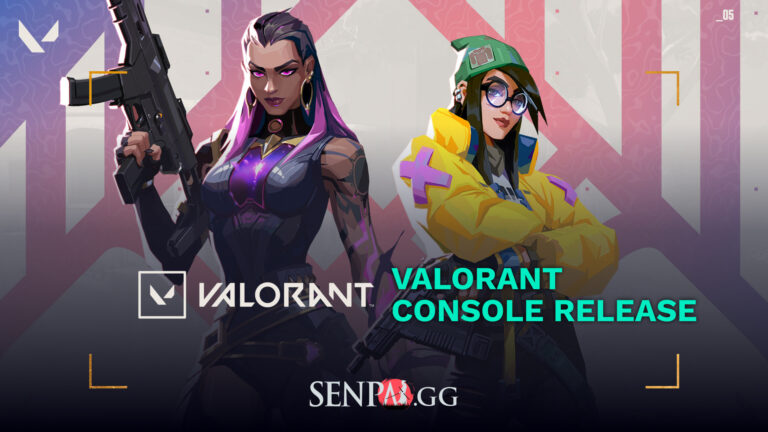 Valorant is one of the most popular shooters available to play right now on PC. The popularity of Valorant in the PC community can only be rivalled by a few other games.

Valorant maintained 12 million active players during the last year, and 22 million players logged in during the month of October 2022.

With many popular streamers switching to Valorant, this begs the question: will Valorant come to the console? The recent job posting by Riot Games might answer this question.

It is still unknown on what platforms the game will be released.

However, by looking at the job posting, it is safe to say that Riot Games is planning to release Valorant on consoles.

There were hints about Valorant being released on mobile and consoles back in April 2020, and a lot of people had expected the mobile version of the game.

But Valorant on console seemed to be a little farfetched. Could this be a bad idea?

Games similar to Valorant were previously released on consoles, and they failed miserably.

Riot is now hiring for a VALORANT Console Position. | #VALORANT

So I guess they are exploring VALORANT for Consoles. 👍 pic.twitter.com/whmdOY7ZTs

Is it possible to play Valorant on a controller?

Playing a game like Valorant, which requires pinpoint accuracy, on a controller will appear strange. There will almost certainly be aim-assist, but the gunplay will undoubtedly be difficult.

Dasnerth, a Valorant player from North America, has managed to reach the highest rank, Radiant, while using a controller on PC. However, keep in mind that he only used the Judge, a shotgun that does not require pinpoint accuracy.

However, with the release of Valorant on consoles, people will be using all kinds of weapons available in the game, from pistols to shotguns to sniper rifles.

Using weapons like the Vandal and the Operator might be insanely difficult to play, as aiming with the controller is definitely limiting.

Will there be a cross-platform for Valorant?

It’s currently unknown about the cross-platform playability of Valorant.

But judging from the previous similar titles and from our very own Valorant experience, there is no way a console player can equally match up against a PC player with a mouse and keyboard (in a game like Valorant).

PC players will clearly have an advantage when it comes to fps (frames per second) and the ability to aim with a mouse.

The console community is definitely a huge market; in most regions, there are more console players than PC players, and it is understandable why Riot Games have decided to release their game on consoles.

Check out more about Valorant below.