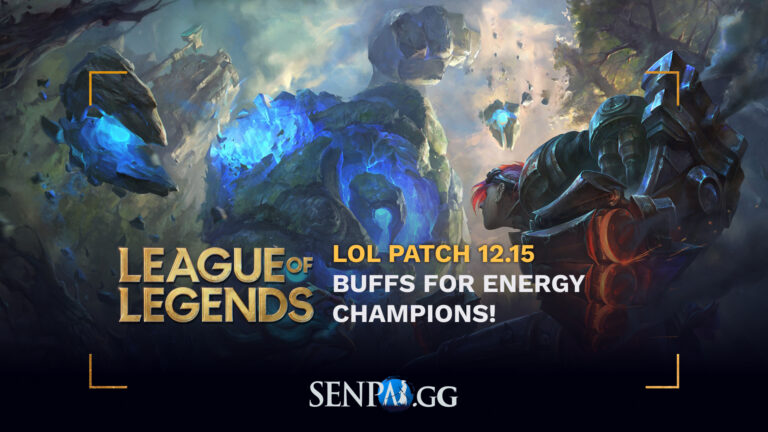 League of Legends Patch 12.15 features follow-up tuning for Master Yi and Sivir, as well as much-needed buffs to champions using energy. While these changes are more prominent, the patch also brings more!

Players with Masters MMR and above will no longer be able to duo in ranked games. On the surface, it might look slightly drastic, but the balance team believes it is important for keeping the ladder healthy in higher elo.

Without further delay, let’s check out the League of Legends Patch 12.15 notes!

True Damage in Center: 75% ⇒ 50% of damage dealt is converted to True Damage.

Her base attack damage has been decreased.

Fixed a bug where Qiyana could apply an extra proc of her passive with First Strike equipped.

Dash Range Growth 1.3 ⇒ 1.5 (note: this is how much the range will scale with movespeed).

The following Ult-ernate Summoner Spells have been updated to match their original champion’s functionality:

“Having a premade duo is a slight advantage, and while current Apex Tier (Masters, Grandmaster, and Challenger) players aren’t able to duo with anyone, the system only works off current rank. With this change, we’re tightening up the Apex Tier restriction to apply to MMR as well.

The goal of this is to prevent climbing smurfs from being able to duo queue into Apex Tier. That said, decayed Apex Tier players and the highest skilled Diamond I players may also be impacted by this change.

Up until now these players could duo and reliably get into Apex Tier games, which isn’t fair when the people they’re playing against can’t duo. If this change works as expected, we’ll evaluate shipping it to the rest of the world with plans to re-evaluate before Season Start.

We first rolled out this change back in patch 12.10 on the NA and KR servers as a trial and the results have been positive, so we’re rolling it out to the rest of the world. From now on, players with an MMR correlating to Master or above will no longer be able to duo queue in Ranked Solo/Duo, even if their rank is not Master or higher.” – Balance Team.