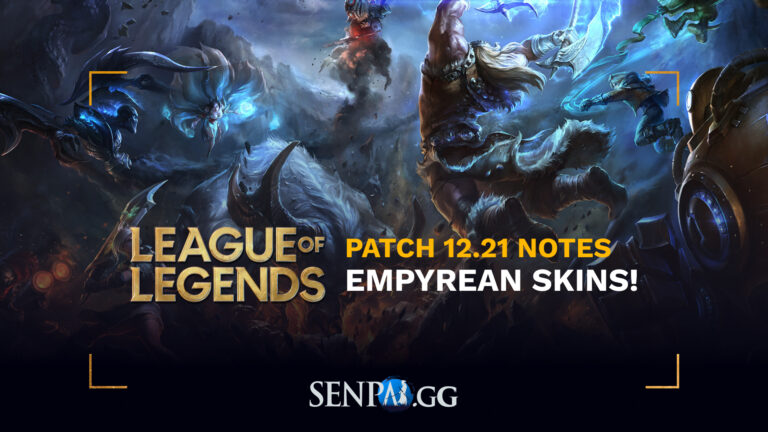 The League of Legends Patch 12.21 is finally here, and it brings lots of exciting updates to the game. First is the launch of K’sante, the Pride of Nazumah.

Also, the League of Legends Patch 12.21 adds a new skin line to the universe. The Empyrean skins have arrived, and you should definitely pick them up at the League store!

R – Call of the Forge God

With all three mission chains released (Spirit Blossom, Tales from the Rift, and Empyrean), players can also complete the Worlds Tour 2022 mission for an additional 500 XP.”