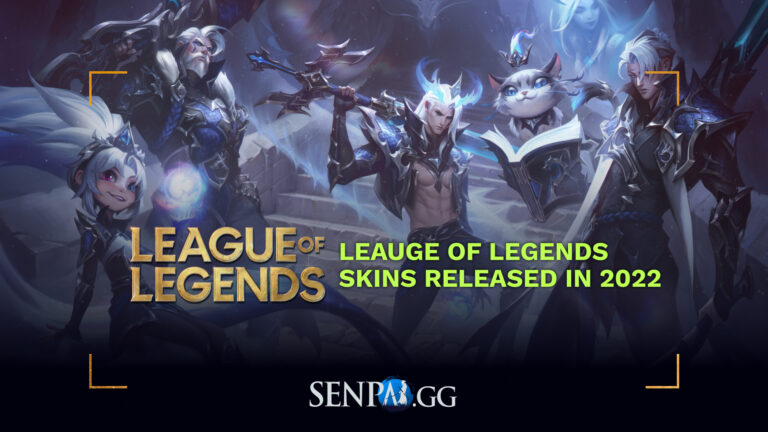 In 2021, we witnessed 127 LoL skins being released in a total of 1305 skins. Coming to 2022, we expect this number to keep updated to satisfy the aesthetic needs of League of Legends players. So far, there are some skin lines that have been released since the start of the year and they are actually on fire. Let’s take a look back and see which skins released in 2022 are the best with SenpAI.

Below is the table summarizing the skins released so far. More skins will be added to the collection this year, and a large number of champions will get brand-new, distinctive designs for League of Legends.

In 2022, prestige skins will emerge once more. According to Riot, they will put more time and effort into designing these skins than just fancy gold chroma’s with unique VFX and animations. The 2022 prestige skins are as follows:

How many skins will be released in 2022?

We received nearly 140 skins in 2021, nearly as many as in 2020, thus we anticipate receiving 130 to 140 skins in 2022 as well. We may expect a lot of fresh looks because patches are issued about every two weeks and at least three skins are included with each patch.

What are the Mythic Chromas?

Riot launched new mythic content with the launch of the new Mythic Shop. A mythic chroma, which is a brand-new chroma for either a Seasonal Mythic skin or a previously published legendary skin, is one of the newest additions. These chromas have updated VFX and color schemes for the champion.

Which Skin Line will be revamped in 2022?

The results of the community vote are in! No other skin update will be available in 2022 nothing but Gothic! So, get excited for redesigned Gothic skins if you’re yearning for simpler and better times—basically, your middle school years.

That’s all there is to know about the 2022 skins. This article will be updated frequently so you always know what champions have skins, what themes have been picked, and what skins have been released thus far.