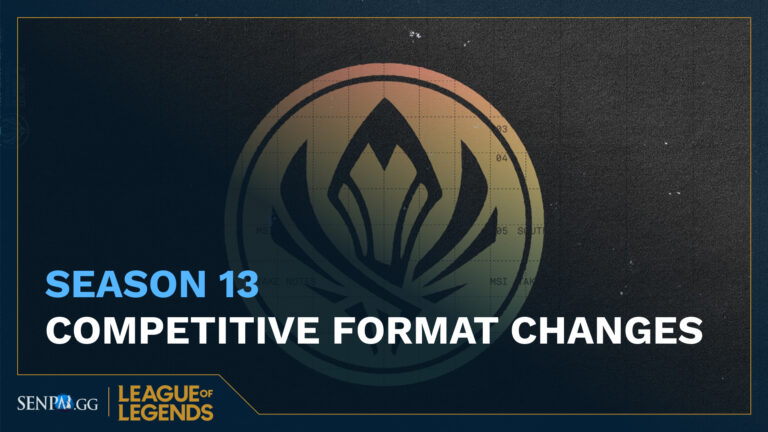 Year 2023 it’s coming with a lot of changes to the competitive landscape (Very odd from Riot). Implementation to a complete new format for MSI, and adjustments for LoL Worlds 2023, it’s going to make this LoL Season 13 one so good to looking forward.

Although there’s no info that All-star will be completely replaced, at least what we do know is that in this year we are going to get a completely new event called Kickoff!

In this special event that will two-days, you will see players from all regional leagues: LEC, LCK, LPL, LCS, LJL, CBLOL, LLA, PCS, and VCS.

How it will work:

This year Mid Season Invitational event it’s going to London. Along with that, it will bring a lot of drastic changes to the format.

Now MSI 2023 will have 13 teams, it will the include first two seeds from the main regions:  LPL, LCK, LEC, and LCS. And as always, the top seeded teams from LLA, CBLOL, PCS, VCS and LJL

Riot finally listen to their fans, it’s been asking for years the addition of a double-elimination format, at least from one part of the LoL esports fan. Obviously, instead of making changes into the main even: Worlds 2023, they for sure are going to test the waters in this upcoming Mid Season Invitational.

Play-Ins and Bracket stage will feature a double-elimination format

How Play-Ins will work out?

The Play-ins stage now it’s going to feature eight teams: The two seeds teams from LEC, LCS and LPL, and the top seeded teams from LLA, CBLOL, PCS, VCS and LJL. Both LCK seeds will go straight into the Bracket Stage as 2022 World Winners.

These eight teams will be drawn into two groups of four to compete in best-of-three, double elimination matches.
The winners of each group and the winner of a last chance qualification match between the two lower bracket winners, will move on to the Bracket Stage to join the five qualified teams

The Bracket Stage will see eight teams face off in a double elimination, best-of-five bracket. This will include the three winners of Play-Ins, along with LEC1, LCS1, LPL1, LCK1, and LCK2.

First of all, Worlds it’s returning to the true land of esports, Korea, after four long years. Apart from the exciting news of returning to the best League of Legends server, Worlds 2023 it’s going to have a new format. But, before that they added an extra step for the 4th seeds from both LEC and LCS, the Worlds Qualifying Series.

A chance for glory, and to avoid bad regional formats (Don’t get MAD about it)

After the fluke from LEC last years sending a team that didn’t won a single Bo5 in both splits, Riot didn’t take it well and now added the Worlds Qualifying Series.

How it’s going to work? Well, both 4th seed teams from LEC and LCS will have a qualifying match for worlds. The teams will play a best-of-5 match, and the winner qualifies to Words into the Play-Ins stage.

For the first time in Worlds History – Swiss Round

To shake up this World format, just after play-ins, now instead of having the usual Group draws, now it’s going to play a Swiss Round format.

Which teams will be part of the Swiss Stage?

And the remaining two teams from Playins.

The teams that win three games advance, and the teams that lose three, gets eliminated. The flavor of Swiss rounds it’s that matches teams with similar records. So, if a team has 1 wins and 0 losses, or better put with a record of 1-0, now will face another team with the same record.

To have a better grasp of it, you can check this graph right below.

Different from last year, Play-ins team will be placed in a pair of four-team double-elimination brackets that will qualify two teams into the Swiss Stage.

Each group will play a best of three double elimination bracket, with the “upper winner” from one group playing a best of five against the “lower winner” from the other for a spot in Swiss.

The eight teams that qualify from the Swiss Stage will be drawn into a single elimination bracket, as always, based on their placement from Swiss. This bracket, which includes Quarterfinals, Semifinals, and Finals, will determine the 2023 World Champion.

Although Knockout stage isn’t going to have Double Elimination like other premier tournaments like The International from Dota 2, the addition to the Swiss format and double elimination for Playins, for sure it’s going to make this Worlds more interesting.

What do you think? Drastic changes have been made, including ranked ones.

The outlook for this competitive year looks brighter than ever. Now the only thing we can do it’s wait for the regional leagues to start.