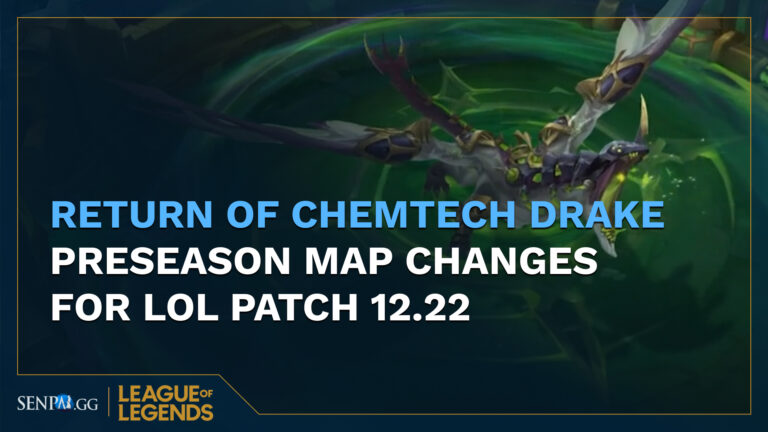 In amidst of Season 13, patch 12.22 brings us a lot of good QOL changes for the game, new jungle changes to make the jungle more friendly, system changes to experience and enhance of communication tools, new items and return of Chemtech Drake. In this SenpAI entry, we’re gonna give you all the details about this controversial dragon, and map changes for patch 12.22.

The removal of Chemtech Drake after two weeks of the start of Season 12 ranked season didn’t come as surprise. Prior to that, a lot of people across all regions were complaining about the Drake, not only for the game-breaking soul buff. but also the map itself that hindered many core gameplays.

For Season 13, Chemtech drake is returning to the rift in this Preseason, of course, with many map changes that will go live on patch 12.22.

No more Reviving in the Chemtech Soul 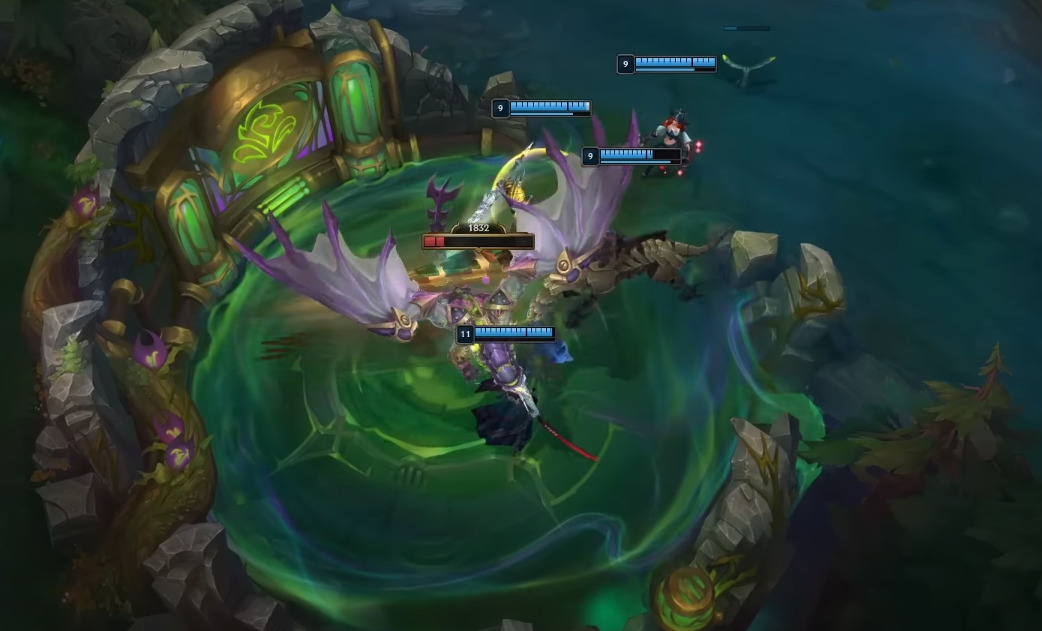 A soul effect that resurrected your allies much like Sion passive but with skills sounded good in paper, but in practice, oh boy it was so wrong. So, in order to bring back the Dragon they added a new soul effect.

Chemtech Soul: Upon receiving the Chemtech Soul, players will receive a buff that gives them 10% damage resistance and 10% more damage while below 50% health

Chemtech Buff: When your team kills a Chemtech Drake they will gain a stacking buff that grants 5% Tenacity and 5% Healing and Shielding power

To play out the Zaun fantasy and paired with design of champions like Dr Mundo and Renata, now Chemtech buff grants 5% tenacit and 5% healing and shielding power. 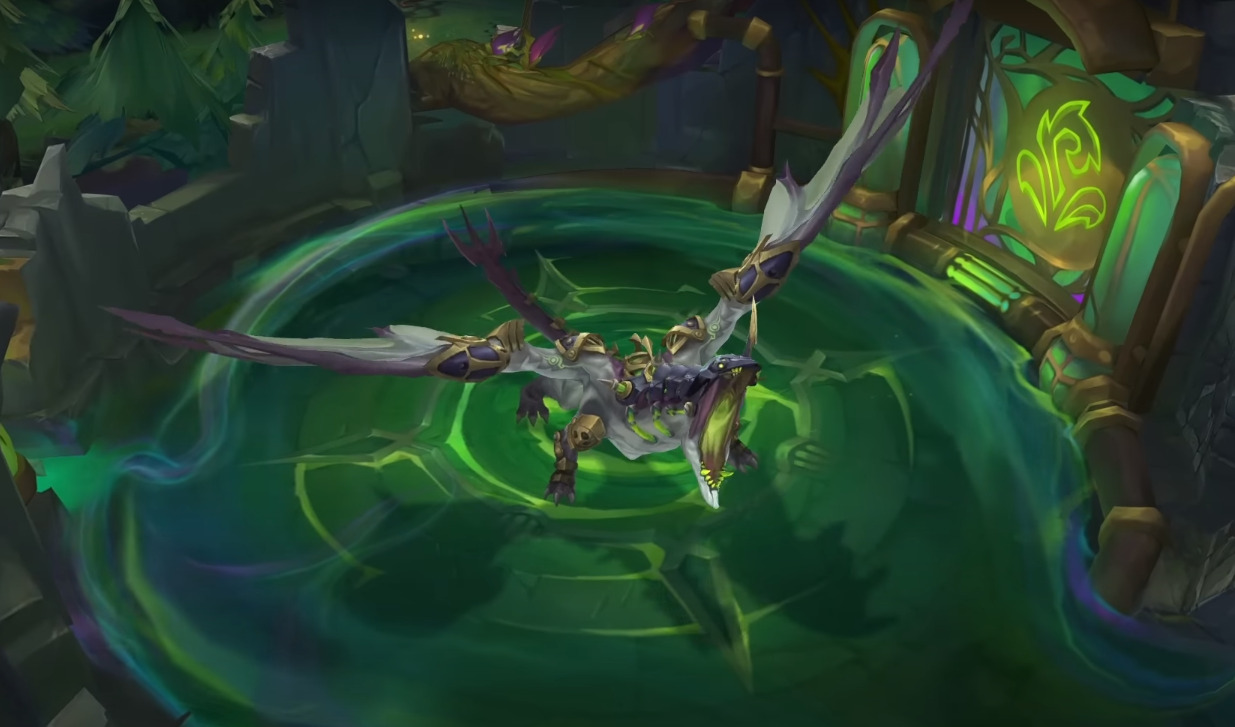 The challenge to take down this Drake comes when he’s below half heath. Now it gains 33% damage resistance and deals 50% more damage to allies/enemies fighting against. The drake will deal 100% total AD+4% of its target’s health as physical damage with teach attack.

Much like any transformation of map with each dragon (Infernal, Cloud, Ocean, Hextech and Mountain), Chemtech will have their own version of the Rift.

Separating from its former self that featured more fog of war and encourage a somewhat unealthy game of hide and seek every game (how much they messed with this drake), they changed completely their outlook for this new version and instead focused on mutating the environment and enhancing each of the jungle plants with different effects. 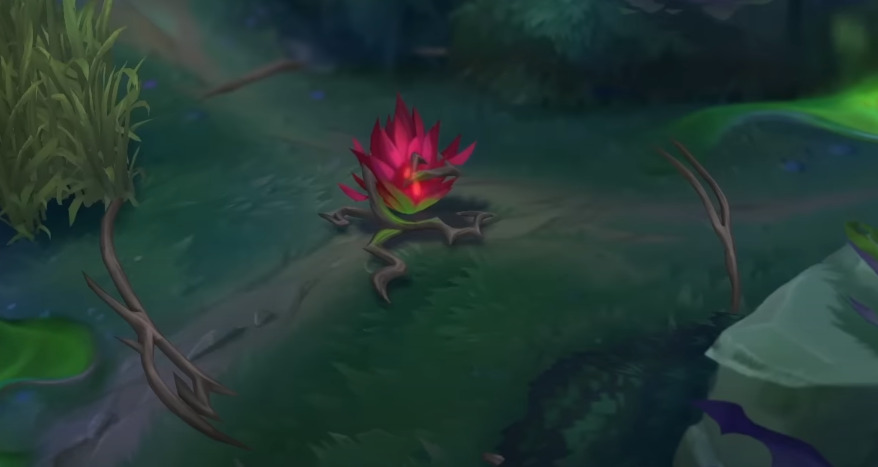 What do you think about the return of Chemtech Drake? and its new map? The tenacity effect and shields will make mobility champs have a much better against teams with heavy cc, or that may make stronger team fight comps even more unstoppable, how this will affect your Solo que games i

New plants seem very broken at least the vision one and stim fruits, although there are neat applicatons of the blast cones. Even if it seems strong when you compared to hex gate doens’t seem that much stronger, so will take no time for people to adjust.

To learn more about Preseason Changes you can check our other entries regards the topic: