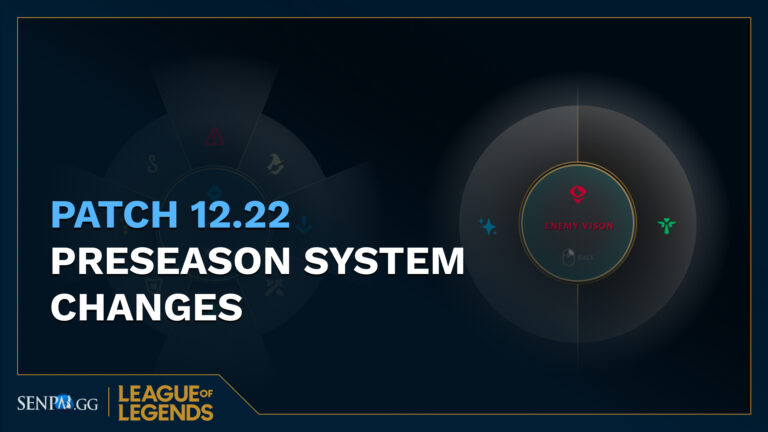 Besides very big changes on items and jungle for Season 13 planned to start in January 2022, there are some neat underlying changes that will bring very deserved quality improvements to systems to the game. In this SenpAI entry we’re gonna go about all the new communication system changes, neutral objective voting, recommended skill builds and top lane experience tweaks for LoL patch 12.22

In a game as old as League of Legends, ways to playing the game advances with each patch and season, and in order to improve the communication system in-game now the tactical wheel or selection of pings is going to expand to 8 options.

This will bring more versatility in communication so things get more clearer in-game, yet it will take some time for people to adjust.

The vision ping only indicated when a zone was warded by enemy to signal junglers., since season 7 that has remain unchanged until now.  Instead of only a ping, there’s now a Vision Wheel that includes these three options: Vision c¿Cleared, Enemy Vision, and Need Vision (from left to right), 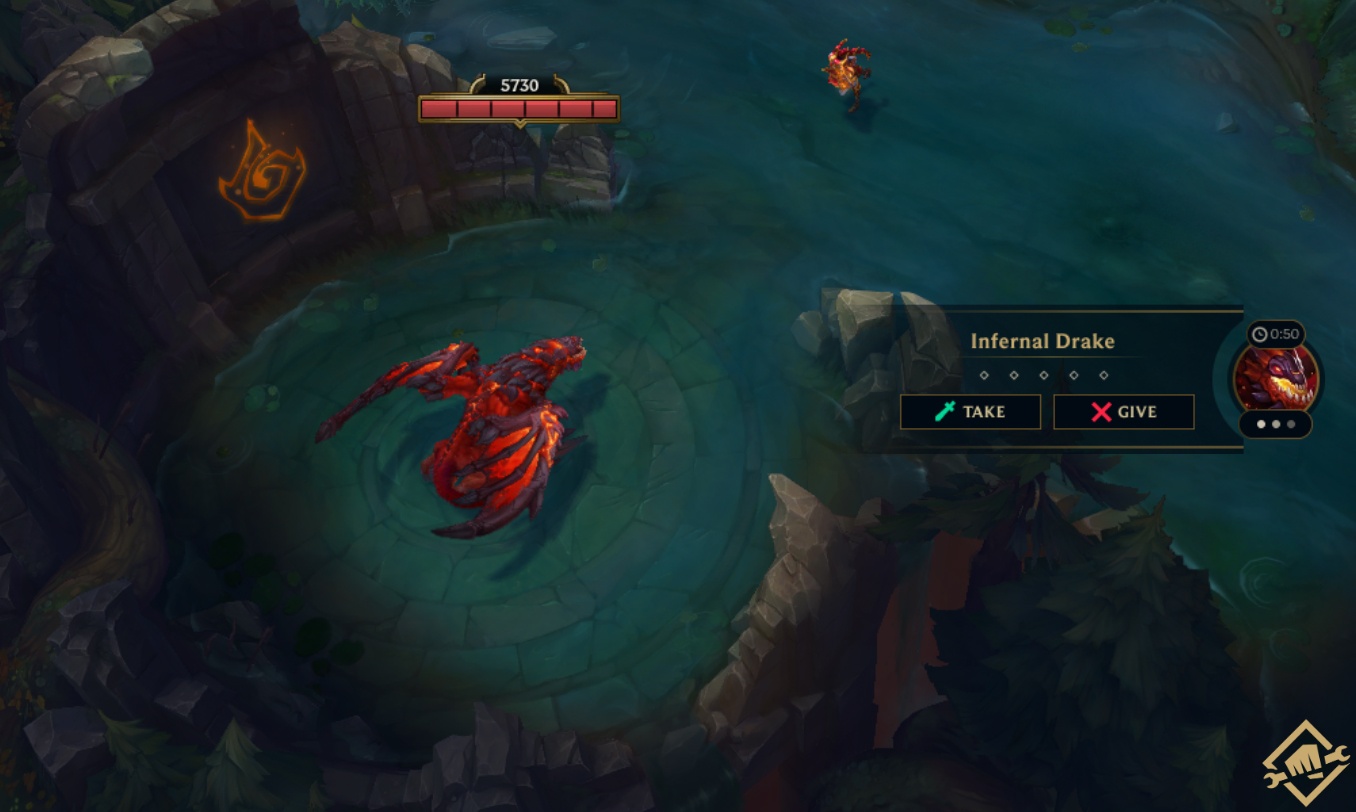 In a way to give more direction when deciding opting for an neutral objective or not, there’s the addition of Neutral Objective Voting System. The voting system will work for deciding: Dragons, Rift Herald and Baron Nashor.

How it works? Basically  to the surrender votes, every player has a yes or no vote to decide if they want to take or not the objective. The only vote that will have more weight is the jungle one that will draw two.

And as how you begin the voting, you just need to ping an objective,  just like that. There’s are people already are complaining about it (When isn’t the case?) but there are side that praise this change.

How good would it be to Solo Que order, that still something the time will tell.

One of the changes that are towards improving the beginner player experience is going to be the addition of  Suggested Ability Level Ups. Now if you are playing a champ, its going to recommend which skills to leveled up. Very similar to what 3rd party apps are already doing when you have skill points available there’s going to be an animation hovering the recommended skill to level up.

It’s pretty good for new players to not mess up the recommended ways to play the champ. But, once you get into the nitty gritty of the champ, that can actually annoy you when choosing alternate paths. Although you can deactivated it in interface menu.

The top lane role it’s one that usually doesn’t get too much love, although the addition of Rift Herald has indeed make snowball more possible, often junglers use it more to gain their own advantage and not necessarily used it to help the solo laners. Tied this to the fact of TP changes, the impact of top lane is not as big (Although MVP of Worlds was a top lane eh!).

So, to give more opportunity and ability to influence the game now the top lane will gain more experience and gold than other lanes. These are te changes.

Now ranked lobbys will have anonimity and instead of showing summoner names willl appear as Ally 1, 2, 3, 4 and 5. When the game loads you can see your ally and enemy summoner names. This move is to prevent toxicity in pre game, especially when people look at win rates and decide a game before it even starts.