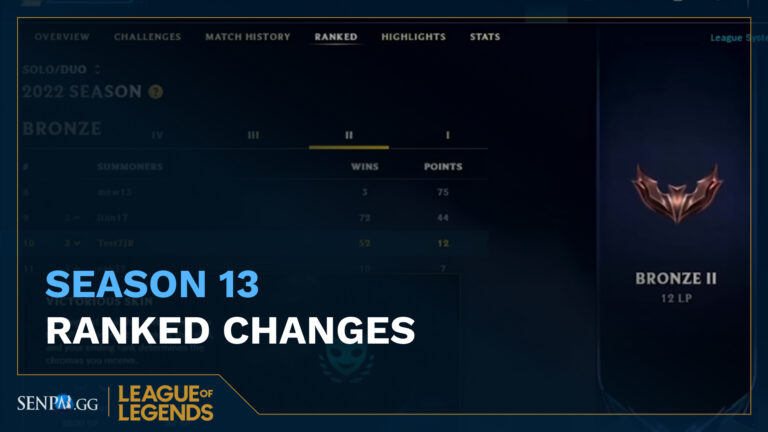 One thing that almost has no changes is ranked systems in league of legends, but this will change in this 2023 season with a lot of things. In this SenpAI entry we are giving you a rundown of all the upcoming changes for Ranked in LoL Season 13.

Changes to Ranked for LoL Season 13

At the beginning of this League of Legends Season 13, Riot implementing a new system that consists of having two ranked splits, unlike the usual yearly split. This is the biggest change in ranked LoL in many years, the reasoning for this new addition was explained by Chris “Auberon” Roberts, the project lead from the Gameloop team (Matchmaking systems), in the latest LoL Pls.

“Here’s the thing a lot of players come back to league at the start of the season, ready for the climb to their ranked goals. However, when we look in the data doesn’t actually take the entire season for players to hit their peak rank, if they been playing consistently in every patch.

If you don’t take your foot out of the gas when you start your climb in January, you probably reach the peak of your climb around halfway throughout the year

After that things can get little rough for players at higher ranks, the middle of the year can be a stress fest of playing just enough to avoid decayying or demoting, and once players release they are not suddenly climbing, many of them, either they drop out of rank or turn to smurfing”

This addition will make the feeling of playing league much rewarding for hardcore players, the ones that grind daily, and help out players that start later in the season (to avoid smurfs or griefers).

Along with having two splits, there’s going to be an addition of new ranked rewards. That to be honest,  look very similar to the ones that we already see in Teamfight Tactics. 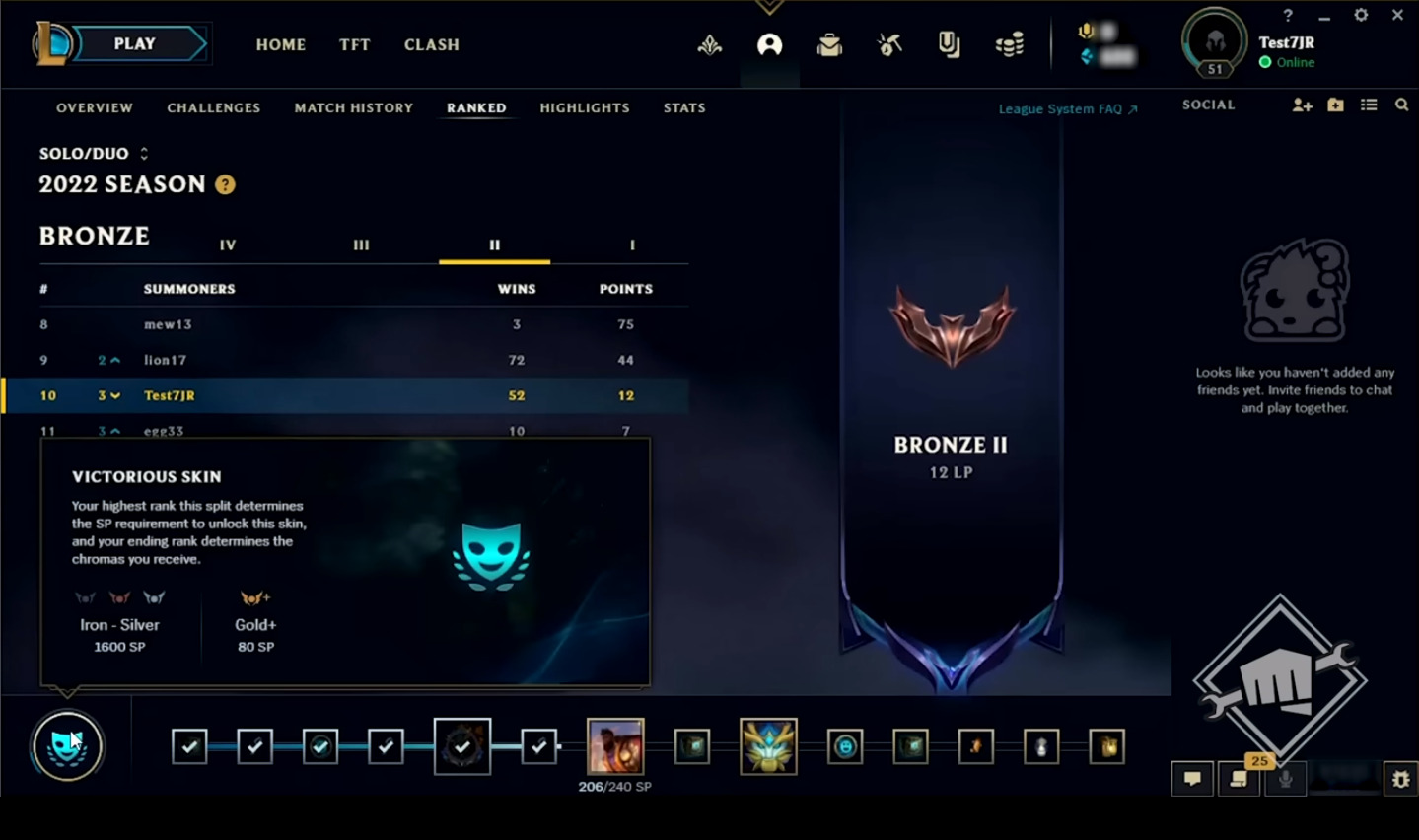 As you can see they are going to be Hextech Treasures, Gesture, Champion Capsules, Unique Emotes, and more… (Much like TFT)

Very important to note:  There’s going to be two victorious skins for each split.

Every player can get the Victorious Skin

Since Season 13 every player can get the ranked skin. Don’t get too excited tho, it would be way harder for player below to get the skin, at least in the sheer amount of games to be played.

This is to make things more fair for players that devote a lot of time within the season to improve and climb. Don’t be confused, you are much better achieving gold to get the ranked skin in comparison to earn it as a lower ranked.

The skin will continue to reflect your final ranked achievement, but we want you to also be able to earned through dedication to climbing – Riot Auberon

More reasoning into the Two Splits

There are honestly a lot of reasons why most other games, other Riot games included, don’t have year long seasons. So this year, we are getting with the times – Riot Auberon

Apparently this change was to also improve the feeling of ranked games in League of Legends.

All in all, these changes look great for the game at least from a ranked stand point. As League players have played through years,  making the pace faster it’s intimidating, but you can see how that can attract newer player base, andgive you something more to achieve instead of just getting skins, chromas, and gestures.

But what is most important. What do you think? Is this going to improve the Ranked Queue experience, eliminate Smurfs and improve your stay at ranked?

Probably we will need to wait first how these two split thing it’s going to fare in this year only. Wish you a good luck in your rankeds.

To check the best picks, feel free to check our SenpAI tier list.