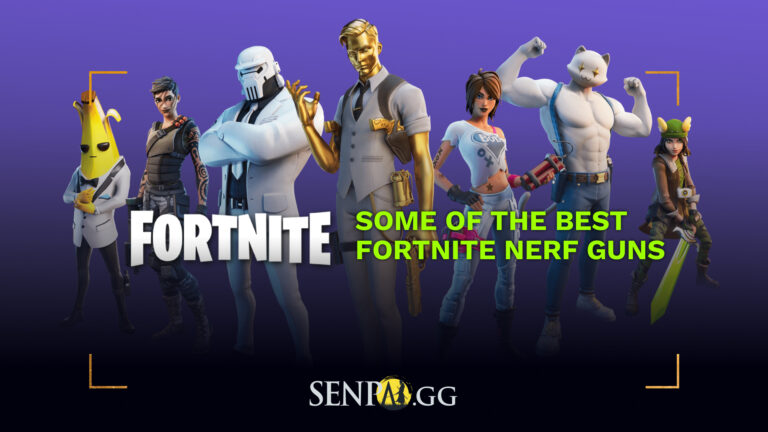 What happens when two wildly divergent cultural currents meet? The possibilities are endless, but one thing is certain: Amazing Fortnite-themed NERF guns are on the way!

Hasbro and Fortnite have joined for the first time in 2019 and plan to take online gaming to the blaster field. With these Fortnite NERF guns, you’ll be able to bring your fantasy battles to life.

You don’t have to go through a sea of reviews to find the best Fortnite nerf guns. We’ve done the legwork for you. Look around if you’re seeking a one-of-a-kind weapon or want to expand your arsenal. 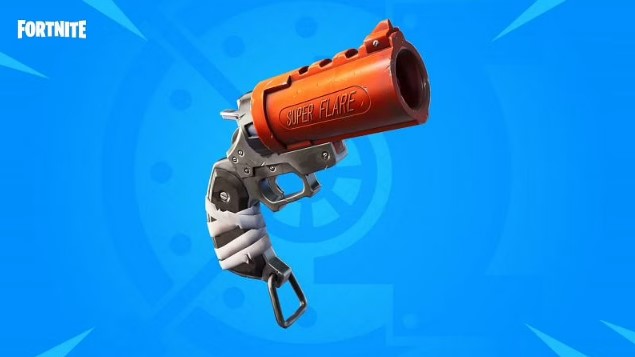 Flare Dart Blaster mimics the Super Flare from Fortnite Battle Royale. At the time of this writing, it costs just $12.71. It’s not the most powerful Nerf gun but not the most costly.

One dart can be loaded into the chamber when the operator swings open the chamber. They can then prime the dart by pulling the handle and then fire it by depressing the trigger. 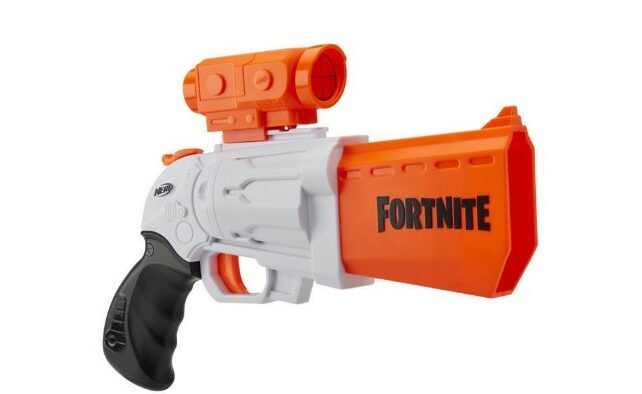 Another hammer priming action imitation is the SR Blaster. Unlike the previous model, this one can hold four darts. Even though you can only fire one dart at a time, the pricing is cheap.

It’s currently $16.98, which is a bargain. Additionally, the Nerf gun comes with a detachable scope that can assist in aiming or can be shifted out of the way for a more traditional aiming down the sights method. 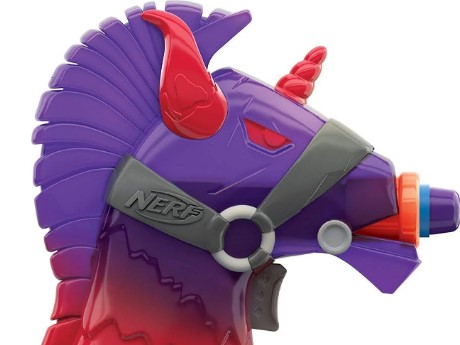 It’s a novelty gun that doesn’t do much. The Thunder Crash pickaxe serves as an inspiration for the tiny Nerf rifle. Fortnite’s mascot is a unicorn llama, but this is the wicked version.

Amazon is now selling this for $12.99, a great deal for Nerf aficionados. Even though it comes with only two darts and can only fire one at a time, this novelty blaster is a lot of fun to have around the house just because it’s different. 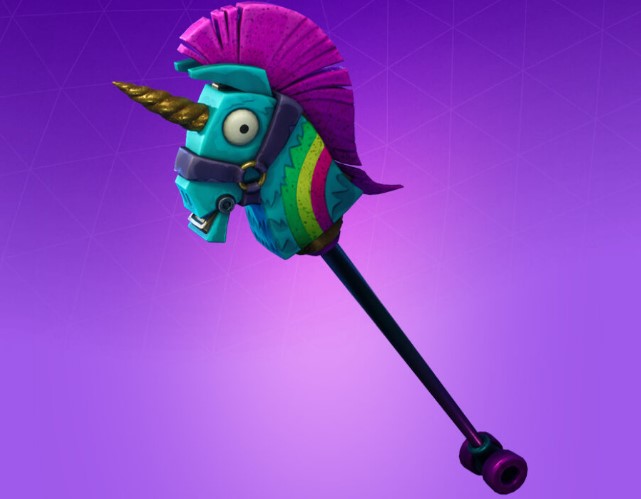 The Rainbow Smash pickaxe is a new Nerf MicroShots blaster from Nerf. Like the previous model, you can fire a single dart simultaneously.

Thunder Crash is slightly pricey at $14.75, but not by much. This Fortnite blaster is a basic, lightweight item that fans enjoy owning. 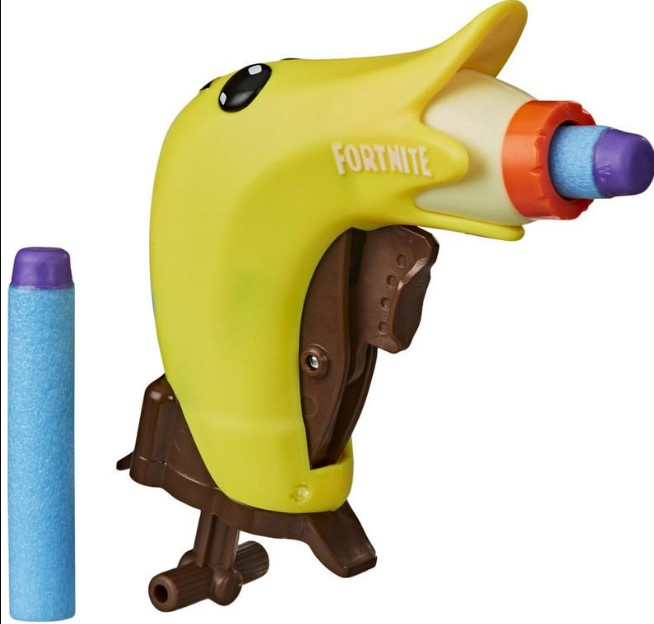 It is yet another gimmick-laden weapon. It’s widely available at retail outlets. However, it’s $22.00 on Amazon. At a brick-and-mortar store, this might be a little less expensive.

There are two darts in the twisted peely blaster. It fires each dart individually. Fans may use Peely to launch their Nerf darts, much like they can with Thunder Crash or Rainbow Smash. 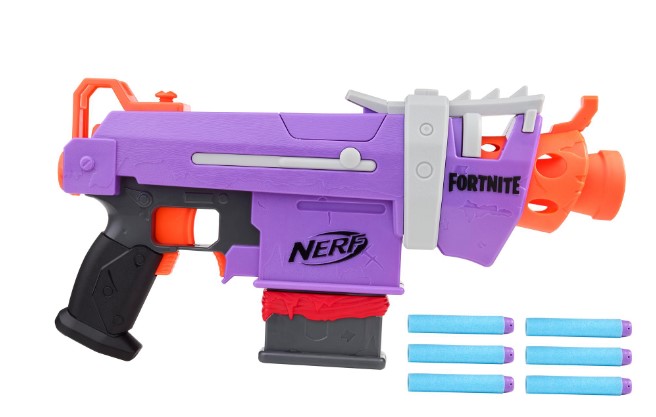 Nerf guns that look exactly like the ones from Fortnite: Battle Royale is finally here. On Amazon, the SMG-E blaster costs $29.00, but it’s well worth the money. It includes six darts and a clip in the package.

You’ll need batteries for the motorized blasting feature. A powerful motorized boost sends the darts flying to incredible lengths when one dart fires with each trigger push. 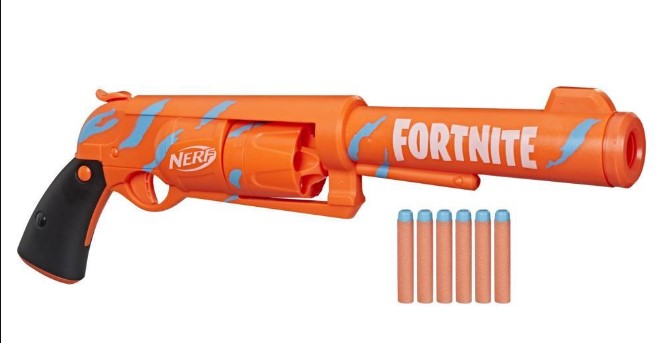 On Amazon, this Nerf gun costs $11.99. One dart at a time can be fired from the rotating drum of this weapon, which comes equipped with six darts. A few other items on this list, such as hammer action priming, are also present.

Because of the camouflage pattern, this Nerf blaster is a good deal of fun to play with. Wraps in Fortnite are fun for gamers to express their individuality through weaponry. It includes The Camo Pulse Wrap with this model, which resembles a revolver. 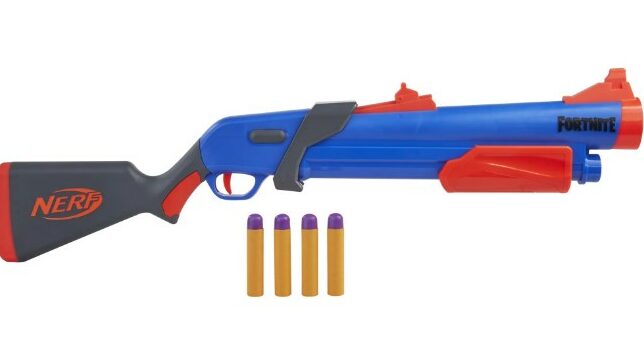 As far as battle royale weapons go, the Pump Shotgun is probably the most popular weapon ever. For $17.99 on Amazon, Epic Games fans can get their hands on a Nerf version of the gun.

With the purchase of the Pump Shotgun replica, you also receive four authentic Mega Darts. It can open the side door of the breech-load style blaster to load one dart. When fired, it unleashes a powerful Mega Dart at the target, causing damage.