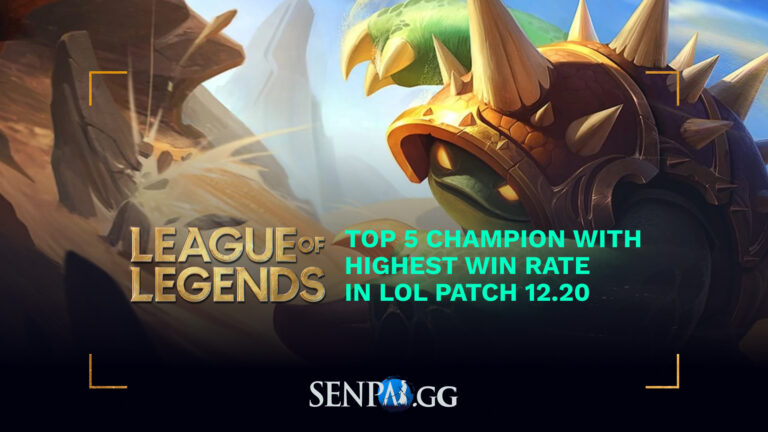 From last champions list with highest win rate in LoL, a lot has changed. Mostly than there’s no top laner, mid, or adc in the list. Yeah, just jungles and support. if you play these roles you’re in luck for 12.20, if not, better know this picks and learn to respect them before they tank down your LP. In this entry we’re gonna talk about the Top 5 champion with highest winrate in LoL patch 12.20

The Armadillo rolling machine is strong as ever! After the “little” 12.20 changes for Rammus one would think that he is going to feel better to play. But no one thought that he would rise to a 55.28% Win Rate with a 7.91% Pick rate. Thus being the champion with highest winrate in patch 12.20 as of now.

Our recommendation is for you to learn Rammus ahead of season ending. Especially if you are low elo player, you are gonna find out quickly how his ganks can impact your games and smooth roll that final stretch of your ranking season. 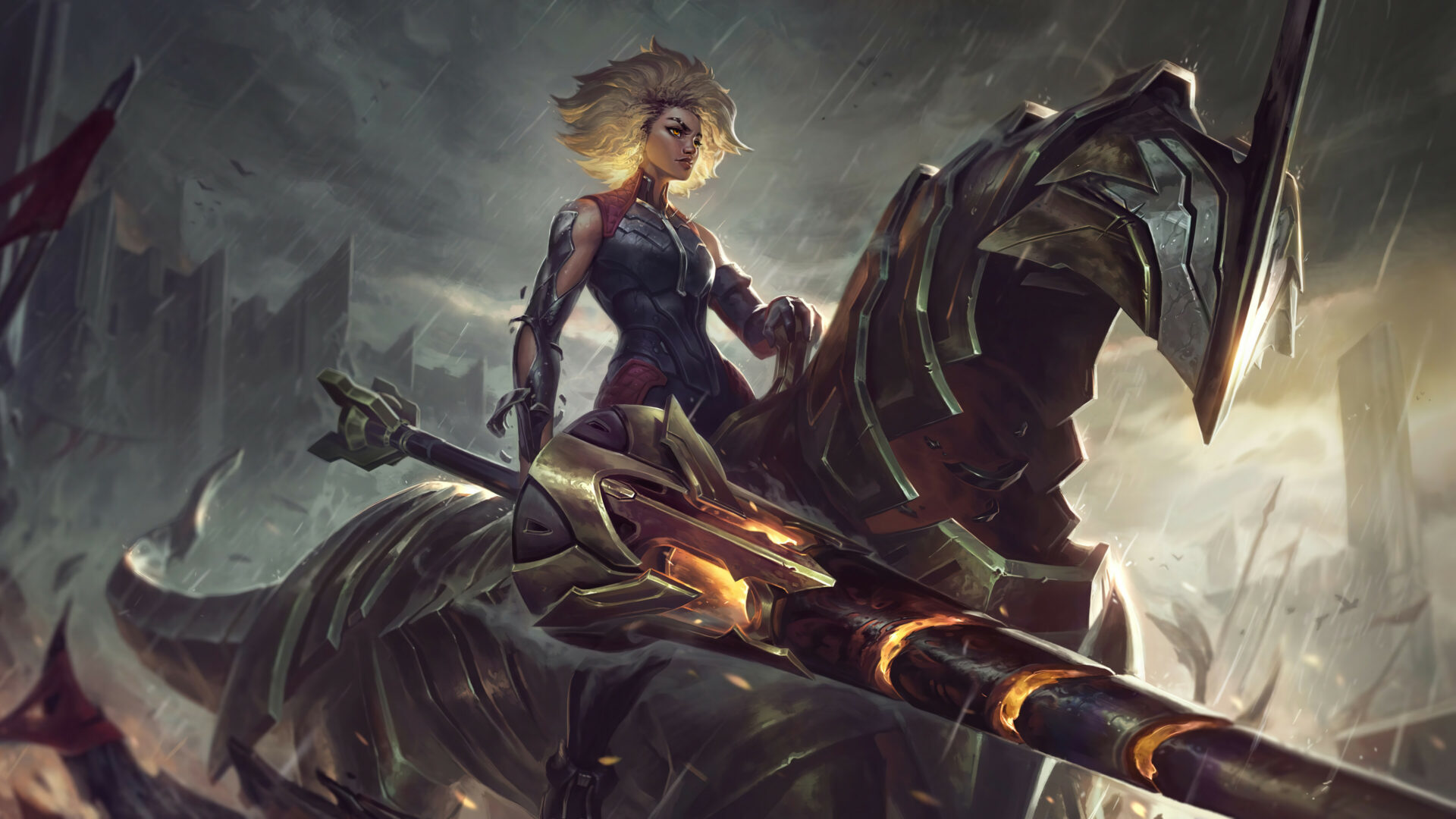 Rell has received many buff throughout Season 12, but is just netting her results. Unexpectedly, shehas great matchups against both enchanters and engage supports.

Korean high elo players are abusing this, and if we know something about korea lol,especially in this worlds, is that they’re freaking good. So better learn Rell and get that sweet LP. When there’s a meta of poke supports two names come to mind: Xerath and Vel’Koz (I didn’t forget Lux, bare with me). And with the return of Caitlyn lanes, nerfs for Lethal Tempo (Doest not give 75 range at max stacks), poke supports are returning to the duo lane.

And the Eye of the Void is doing pretty well, hovering a 54.34% Win rate with a 3.44% Pick Rate. Making our third champion with highest winrate in patch 12.20

His most powerful rune is Comet along with Luden’s Echo and Horizon Focus. But do keep in mind, Vel’Koz  has a learning curve, you need to know the angles, combos and the positioning to navigate fights. Our Victorious Skin holder of the year it’s probably the best tank jungler as of right now, having presence even in Worlds Quarterfinals. The powerful boar mounting Freljord has both presence in Top and Jungle. In Jungle her win rate is currently at 54.24% with a 5.22% Pick rate.

There’s no a lot to say about Sejuani rather that she’s really tanky, has great engage and stronger 1v1s (In top players use Ignite+Tp as summoners). After nerfs on Maokai and other tanks only expect Sejuani to increase in power level and in tiers.

This is our recommended build for Sejuani. The Rise of The Thorns since patch 12.16 has grow into a potent pick. Her annoying plant gameplay has installed a seed of hatred for a lot of bot laners. Puns aside, as said before on Vel’Koz case, the bot meta is liking poke heavy supports. Because of that, Zyra has a  53.98% win rate and a pick rate of 5.31%, pretty strong.

It’s no coincidence that even in worlds, most of the renown players in the worlds are playing duos with Heimerdinger support and Ashe ADC, strong engage is weaker, and controlling the lane plus bleed you with poke is what’s strong at the moment.

Although,  unlike Vel’Koz, Zyra has strong engage and she works more as a classic AP carry, her plant damage with Lyandris tops DMG graphs in many games. If you like to take matters into your own hands, Zyra is you pick.

This marks the end of the 5 champions with the highest win rate. One thing to notice is that the win rate alone doesn’t indicate the strength of the champion.

Still, these picks are by no means weak, even they can be determinant for League of Legends meta ahead in the future. So we recommend you abuse them while Riot doesn’t nerf them. If you like to read a more standard tier list, you can check our version for patch 12.20.

Top – Nasus: It’s dominating expect him to become S tier. His buffs were a bit too powerful.

Support – Blitzcrank: His nerf haven’t stopped him at all.

Mid-Ekko.  12.20 were a tad bit over the top, expect this pick rise in priority.

Jungler – Elise changes in 12.20 makes playing her feel so much smooth. In high elo she’s getting more and more wins.