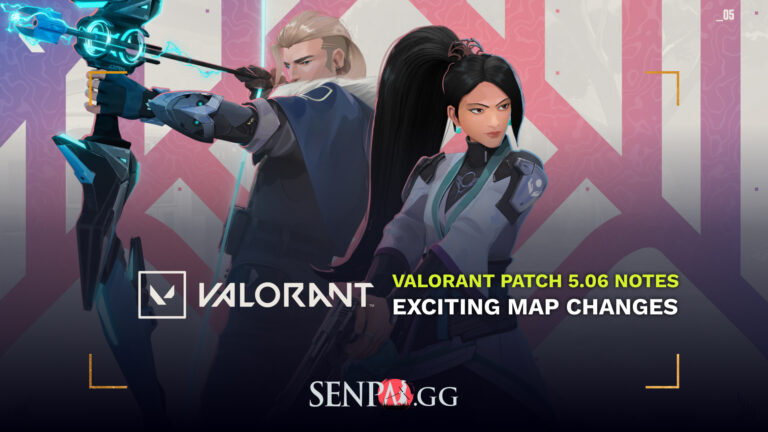 The VALORANT Patch 5.06 brings two major sets of changes. Firstly, Stinger got adjusted and the second group of updates focus on Pearl, the recent underwater map.

With careful consideration of several feedback over the months, the balance team has finally released several changes to certain areas of the map. We believe this will address most, if not all, of the major issues with the map. 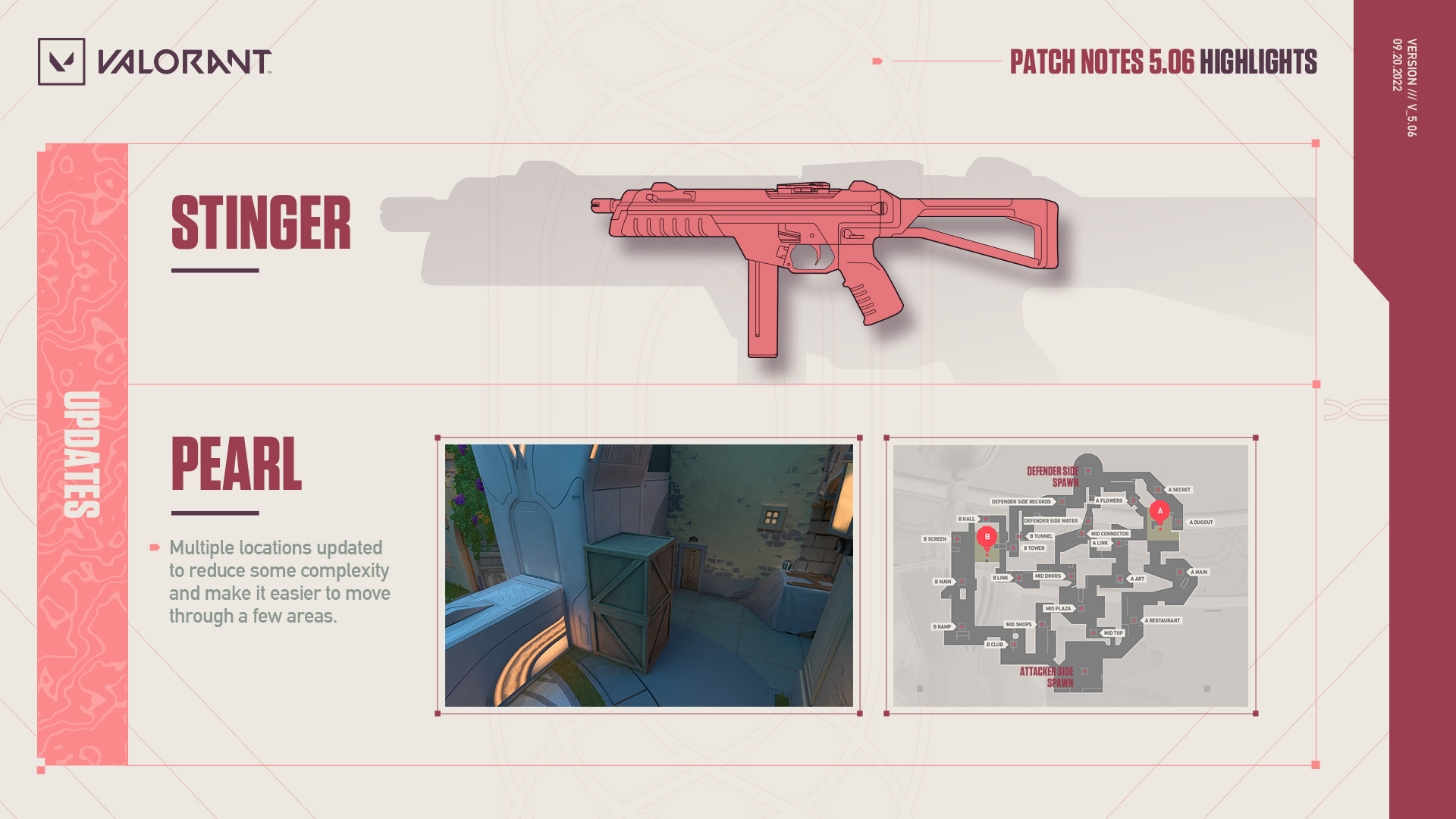 “Our goal for the Stinger is to feel controllable and appropriately lethal at short ranges, but currently, even in close-quarters, it can feel out-of-control. Lowering the top spread should make it feel more reliable at the appropriate range once you’ve overcome the learning curve of the recoil.”

“For an option that’s about being more accurate, it felt like the first shot had more variance than we’d like, especially at the ranges you’d want to use the burst fire mode.”

Pearl is getting a handful of small updates that aim to reduce some complexity and make it easier to move through a few areas for both attackers and defenders.

Lowered waist-high wall on the left side of B Main so that it can no longer completely hide anyone.

Clearing this area in Mid Shops is harder than we intended. By extending the platform, we’re still keeping some of the holding power for attackers, but making it easier to push this area.

This is another spot on Mid Shops that’s proven to be painful to clear when trying to move through mid. So we’ve removed one of the corners.

Mid currently favors attackers so we’ve pushed in a wall on Mid Top, to remove a 50-50 check. This should make it slightly easier for defenders to challenge mid.

We noticed both sides’ difficulty moving effectively through A Art. We’re simplifying the space so there are fewer areas to check.

This box provides a good piece of cover for attackers pushing B link, but it’s been tough to re-clear for defenders. We’re keeping a little attacker-side power, but making it easier for defenders to manage. The stack of boxes cover closer to the site will shift from the left side to the right, to simplify the number of angles approaching players need to consider, as well as close a difficult sightline to B Hall.

Removing a cut-out on the wall of A Main to simplify the space should also make this area slightly easier for defenders to aggro into (although really, you should hold site).

A Main to A Site

This spot was unnecessarily tough to smoke effectively. By tightening the choke by a margin, we hope to make smoking easier and give a small buff to defenders (i.e, a new utility spot). The cubby on the right will also shrink slightly to keep it from being too deep.