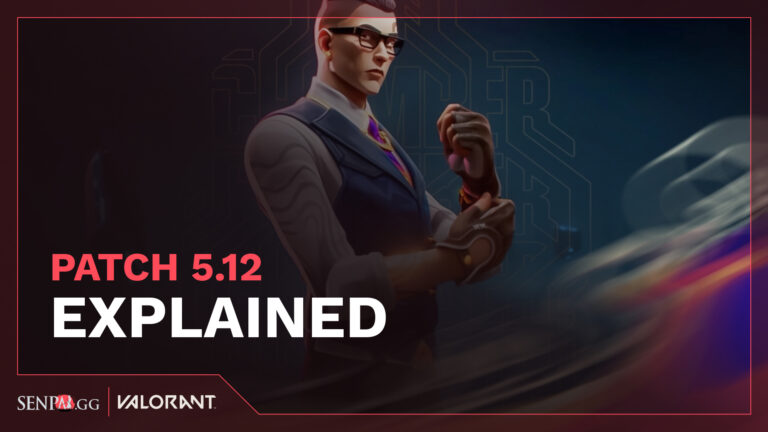 The constant updates and changes and the regular addition of new content by Riot Games is helping Valorant maintain its popularity. In this article, we will try to explain the Valorant patch 5.12

Valorant has received a new patch that brings a lot of changes to the agents, abilities, and weapons.

A lot of agents have received quite a few changes. Agents with large ultimates now have increased point costs.

Ultimate Points increased from 7 to 8

As an effective measure, the spread of headhunter is increased after every second bullet; this is meant to reduce low-precision body-shot spam

Chamber now has a single anchor that can be teleported to while inside its range.

Removed the teleport activation height restriction (you can now teleport to your anchor on any verticality as long as you are within its radius).

Increased weapon equip time after teleporting from 0.4 seconds to 7 seconds (Headhunter is not affected by this change).

Destroying the teleport anchor will now disable it for the entire round, instead of a cooldown

Chamber no longer incurs an additional cooldown when recalling his anchor after teleporting.

There is now a range restriction on the trap, it will be disabled once chamber moves out of the range.

The trap can now be recalled without line of sight, similar to Killjoy’s alarm bot.

Destruction of the trap is permanent

Fire rate has been decreased by 57.5%

Harbor once again received a few minor buffs, and the duration of his vision-blocking abilities are increased making him an easy-to-learn controller agent.

Riot Games will continue to monitor Harbor and will make any changes necessary, we should be able to see an increased pick rate on the agent.

Duration increased from 12 seconds to 15 seconds

Duration increased from 5 seconds to 7 seconds

Ultimate points increased from 7 to 8

Sage has received some changes that will make her a much better support agent. The healing orb has received changes based on self-heal or ally heal. Barrier Orb received a minor change.

Self heal total amount decreased from 60 HP to 30 HP

Check out our Voice assistant for Valorant.